Training his guns at state CM Nitish Kumar, Tejashwi Yadav questioned his silence on the legislations which 'hold out the spectre of reducing farmers to beggars'. 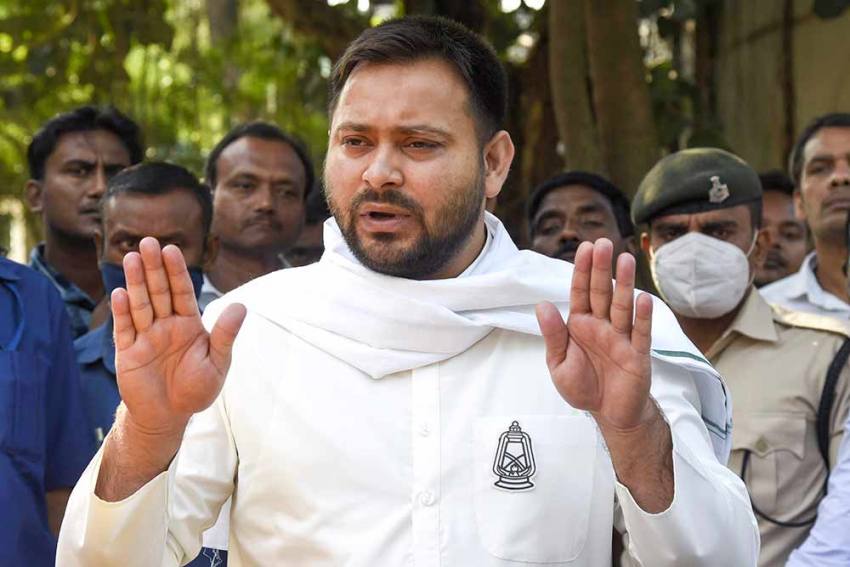 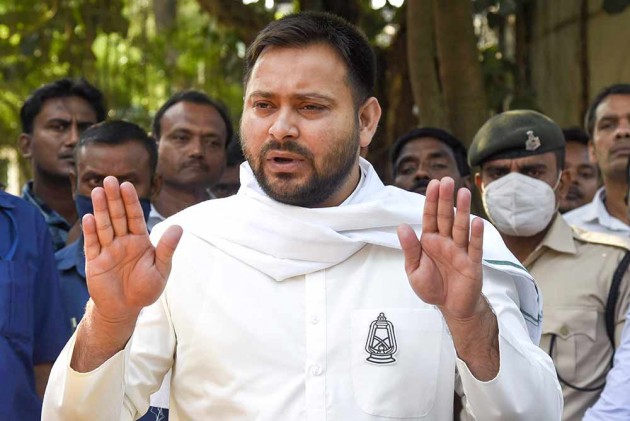 The opposition Grand Alliance in Bihar announced on Friday that it will organise a human chain on Saturday across the state of Bihar to convey their solidarity with the farmers protesting against Centre three farm laws.

Opposition leader Tejashwi Yadav made the announcement at a press conference in Patna. Training his guns at state CM Nitish Kumar, Yadav questioned his silence on the legislations which "hold out the spectre of reducing farmers to beggars".

"We are baffled by the chief ministers reluctance to state where he stands on the issue. Does he think the agitating farmers are justified in hitting the streets or does he share the BJPs position that they are committing a mistake?......it is hard to believe that Nitish Kumar has his roots in the socialist movement", Yadav fumed.

The former Deputy CM deplored the failure of the chief minister, as also Prime Minister Narendra Modi, to come out with "even a tweet" expressing sympathy for the agitating farmers many of whom have lost their lives staging demonstrations close to the national capital despite biting cold.

Flaying the NDA government in Bihar for having scrapped APMCs over a decade ago, Yadav alleged "this had reduced farmers to labourers. The central laws will convert them, like cultivators elsewhere, into beggars".

He claimed that while his RJD was in power and the state was ruled, first by his father Lalu Prasad and subsequently mother Rabri Devi, farmers were better off as they often sold their produce at prices higher than the MSP.

Decrying the use of force on many occasions to quell the stir in and around Delhi, the RJD leader said "it is for the first time in the country that the chants of 'Jai Jawan Jai Kisan' have been jettisoned and jawans are being pitted against kisan (farmers).

"It is tragic, since most of our armed forces personnel come from agricultural backgrounds".

He also alleged that protests were being suppressed in similar fashion by the government in the state and cited the example of a recent police circular which stated offensive social media posts would be treated as "cyber crime" to buttress his point.

Yadav, whose promise of "10 lakh government jobs" is widely believed to have boosted prospect of the RJD as well as the five-party opposition coalition in assembly polls,also slammed the state government for setting up committees to assess performance of 50 years plus employees with the supposed aim to retrench those who were not found up to the mark.

Representatives from other grand alliance constituents Congress, CPI, CPI(M) and CPI(ML) also spoke on the occasion.