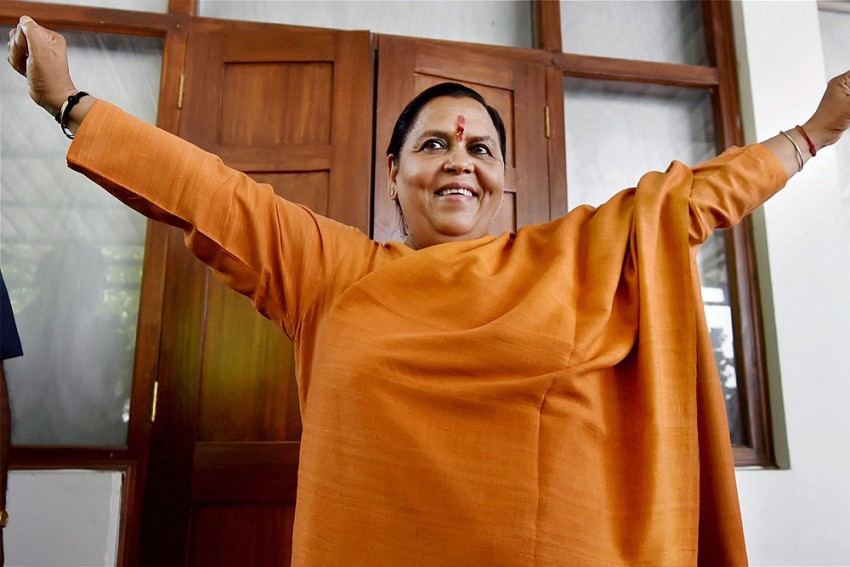 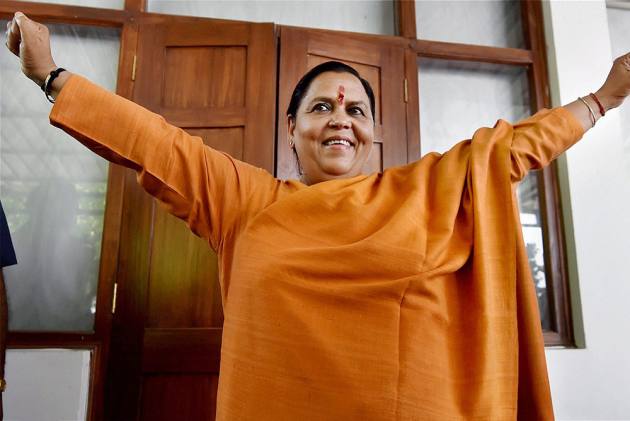 As the BJP and Congress party prepare for crucial bypolls to 27 assembly seats in Madhya Pradesh that are due next month, the political grapevine in Bhopal is agog with speculation over the possible return of former chief minister Uma Bharti to electoral politics.

Bharti, who is still credited with single-handedly ensuring the end of former Congress chief minister Digvijaya Singh’s 10-year rule in the state back in 2003, had voluntarily refused to contest last year’s Lok Sabha polls citing poor health. She has been in political wilderness since. If the BJP indeed decides to field her in the upcoming bypolls, this would not just mark her return to electoral politics in M.P, where she served as CM between December 2003 and August 2004, but also potentially complicate matters for Shivraj Singh Chouhan.

The results of the ensuing bypolls in M.P could once again alter power equations in the state that witnessed a regime change just five months back when the BJP, with the help of Jyotiraditya Scindia and 22 Congress MLAs loyal to him, toppled the Congress-led Kamal Nath government just 15 months after it was sworn-in. Last month, three other Congress MLAs – Pradyumn Singh Lodhi from Bada Malhera, Narayan Patel from Mandhata and Sumitra Devi from Nepanagar – also resigned from the Congress and their membership of the Vidhan Sabha and joined the BJP.

The 25 assembly seats that fell vacant as a result of defections by Congress MLAs to the BJP along with two other seats that were unrepresented prior to the political coup d'état of March will now be up for by-elections next month. For the BJP, which presently has 107 MLAs in the Assembly, retaining power in the state may be easier as it needs to wrest just nine seats in the bypolls. The Congress, which had won 114 seats in the December 2018 assembly polls to return to power in the state after 15 years, is now down to 89 seats and will have to practically sweep the bypolls if it wants to stage a comeback.

Rumours about Bharti’s return to electoral politics gained momentum after Lodhi’s resignation. A confidante of Bharti, Lodhi was with the BJP prior to 2018 and had moved to the Congress after his party denied him a ticket in the assembly polls. He switched to the Congress and successfully contested the polls from the Bada Malhera assembly segment in Chhatarpur district, a constituency Bharti had won in 2003 when she became the state’s CM.

Lodhi’s resignation came weeks after Bharti criticized Chouhan for not giving adequate representation to the Lodh community in his cabinet. Bharti is a Lodh and her community holds considerable electoral sway in several assembly seats of both MP and UP, particularly in the Bundelkhand region. Though Bharti has maintained a studied silence on these rumours, sources close to her and leaders in the MP BJP who aren’t exactly close to Chouhan, have been consistently fanning the speculation.

Sources say after Chouhan was sworn-in as CM for a fourth term in March, Bharti began showing renewed interest in MP politics and this only increased after news of Ram Mandir bhoomi pujan was announced. Bharti visited Ayodhya for the bhoomi pujan despite having announced just a day earlier that she would give the ceremony a miss. After attending the function, she returned to Bhopal and has been in the state capital since.

BJP insiders say Lodhi’s resignation “spooked Chouhan as speculation began in the BJP immediately about Bharti trying to use this as a way to get back to MP politics by contesting from Bada Malhera.” The BJP has kept Bharti away from her home state since she rejoined the party back in 2011. She was expelled from the BJP in November 2004 after a very public falling out with LK Advani and had made no secret about her ambition to return as MP chief minister. She formed her own party, the Bharatiya Janashakti Party, but it failed to resurrect her political career. When she rejoined the BJP, sources say, the BJP leadership deliberately kept her away from MP politics. She was fielded by the party in the 2012 UP assembly polls from the Charkhari constituency in Mahoba district which she won comfortably though her party lost the polls. In 2014, she successfully contested the Lok Sabha polls from Jhansi and served as a Union minister in the Modi government.

Amid rumours of Bharti trying to edge her way back into MP politics, sources say Chouhan is now working overtime to ensure that the speculation doesn’t turn into reality. In his fourth term as CM, Chouhan doesn’t enjoy the comfort of his previous stints given the distrust that the party’s central leadership has of him and the pressures from an ambitious Scindia. He moved quickly to avert Bharti becoming another power centre in the state.

“As soon as Lodhi joined the BJP, Chouhan appointed him as chairman of the M.P. State Civil Supplies Corporation Ltd. and announced that he will hold the rank of a cabinet minister. The message was clear – Chouhan had addressed Bharti’s concern over the alleged sidelining of Lodh community under his government,” a senior BJP leader told Outlook. The leader added that Bharti’s return to electoral politics may not happen immediately though the 61-year-old former CM has been “desperately planning a comeback.”

“Not just Chouhan, even the BJP central leadership is wary of Bharti because of her unpredictability. Though she can use the Ram Mandir issue to bounce back into relevance because of her role in the Mandir movement, the pendency of the Babri Masjid demolition case against her is an immediate hurdle. Her candidature for the bypolls won’t happen just because she wants it; the central leadership needs to agree too. However, she will not fade away lightly and may become a troublemaker if the party continues to sideline her,” the leader said.

A close aide of Bharti told Outlook that her decision to not contest the Lok Sabha polls was largely because she wanted to contest from a seat in MP – Bhopal to be specific – but the party was against the idea. The party fielded controversial leader, Sadhvi Pragya from Bhopal, who defeated former CM and Bharti’s old rival Digvijaya Singh. The aide adds that the rumours around Bharti’s return to MP politics “are not unfounded… they reflect her aspiration” but adds that “she would prefer the hype to build up right now and then stay active in the state till the next assembly polls due in 2023 to lobby for a greater role”.