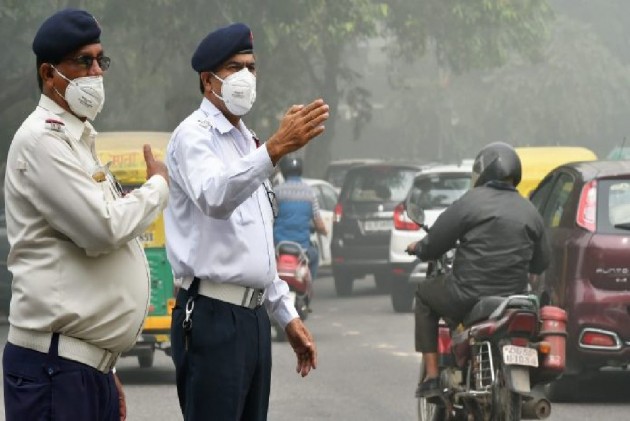 Have you ever bunked college or skipped work, perhaps cheated in an examination, or evaded taxes by submitting fake bills? You are not the only one. Some would say it hesitantly, others proudly, but the answer for most would be ‘yes’. We break rules every now and then, and it's not necessarily ‘character’ that is responsible. Research shows that bad behaviour is influenced by several social, situational and psychological elements. The problem is when it comes to the roads - this can be downright dangerous.

About 5 lakh accidents happen in India every year, and over 1.5 lakh people die, more than any other country in the world. And these are the official figures, the real number may be much higher. Our roads are known for bad drivers and poor maintenance - an awful combination.

A few days ago the government passed a new Motor Vehicle Act, under which penalties have been jacked up, some of them by nearly ten times the previous amount, for violating traffic rules. As expected the announcement triggered a range of reactions. The number of heated arguments between commuters and the police have increased dramatically over the last few days, while the Internet is on an overdrive inspiring hilarious memes and jokes. Some have welcomed the move expecting it to improve the perpetual chaos on the roads, others are sceptical about the size of the fine, given the pathetic state of infrastructure, and its selective application, as those in power usually get away without punitive action. Not all state governments are convinced, Gujarat has slashed the fines by upto 90% on ‘humanitarian and compassionate’ grounds, and sensing public mood there are other states that are going slow on its implementation. Only time will tell how effective this will be.

The issue is fairly complex. An affordable fine defeats the purpose, however, what is defined as affordable varies greatly in a country like ours. A truck driver in Delhi was fined Rs 1.41 lakh for overloading and in Gurgaon, an auto driver was fined Rs 32,500. A 5000 rupees fine may be too much for a daily wage earner, and Rs 50,000 challan may mean nothing to a rich trader.

The real question here is whether the sky-high fines will truly be a deterrent. I am tempted to say yes, given the recent long queues at the RTO to update documents, the sudden spike in the sale of helmets and rush for PUC’s. Fear factor will certainly cajole many into driving in their own lanes, but can punitive action radically change human behaviour, I am not so sure about that.

The disregard for law also stems from shoddy infrastructure. When the road is broken and waterlogged, the scooterist gets on the footpath, when signals don’t work in tandem, there is a temptation to break a light, when a VIP motorcade stalls traffic for hours, there are those who cross over to the wrong side to get home on time, when there is no clear sign showing you the upcoming left turn, you might just take an unauthorised u-turn. The roads are uneven, cracked, potholed and broken, directions are missing, footpaths encroached, people die everyday because of unavailability of emergency support -- the list is long. This does not, in any way, justify breaking the law, but we are humans.

Society needs to be governed through the principles of justice, safety and mutual respect to ensure order. Rules exist for a reason. But in our country, dangerous driving is pretty much an accepted norm. Over the decades, we have been conditioned to accept rash and reckless driving on the roads. Just crossing the main road can be a terrifying experience for foreigners, but for most of us, it comes naturally. It is about time things improve, too many lives are lost on the roads.

Can we as a country change the way we drive? Will high fines suddenly make us responsible citizens. Can merely a change in law bring about a change in culture? I think it would take a little more than that.

The imposition of fines is an easy option, the government needs to step up. The law needs to be enforced more efficiently. More often than not we get away with breaking the rules. If we were caught every time, even though the fine amount was low, violations would decrease. Infrastructure needs an immediate upgrade. For too long we have been complaining about bad roads and traffic snarls. High-resolution cameras, online registration and real-time video systems can help us through this. Technology can weed out corruption in issuance of licenses so that only qualified and trained drivers are behind the wheels.

Social and behavioural change takes time. The typical image of a middle-class Indian family - mummy, papa and child on a two-wheeler, is actually an offence. We need to change mindsets, provide alternative means of transport like metros and buses, encourage helmets for children, enforce the law better and yes, even fine the offenders…and then perhaps slowly things will get better.

A mere hike in fines is not the answer. Fear is not enough to make us follow the rules.