The CM’s comments come in the backdrop of the death of a 24-year-old woman, Vismaya, who was found hanging inside her husband's house in Kerala’s southern Kollam district on Monday. 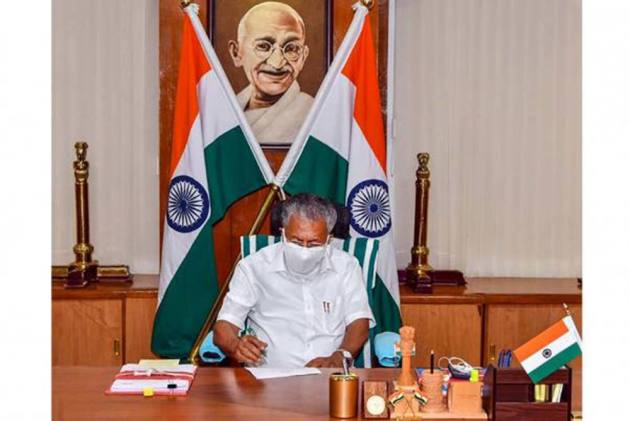 Amid cases of dowry-related deaths sending shockwaves across Kerala, Chief Minister Pinarayi Vijayan on Saturday said that his government is planning to set up separate courts to try crimes against women.

"The state government will consider setting up separate courts to try crimes against women, which will also help in delivering speedy justice. We will also consider ward-level awareness schemes to counter domestic violence cases against women. When an issue crops up, the ward-level mechanism can swiftly interfere. The local self-government bodies will play a major role in this regard," Chief Minister Pinarayi Vijayan said.

His comments come in the backdrop of the death of a 24-year-old woman, Vismaya, who was found hanging inside her husband's house in southern Kollam district on Monday. Her husband S Kiran Kumar, an assistant motor vehicle inspector, was arrested earlier this week, based on a complaint filed by her parents and brother, alleging that he had tortured and harassed her over dowry.

Strict Action Will Be Taken Against Culprits: Kerala CM On Dowry-Related Deaths In State

A day before her death, Vismaya had sent WhatsApp messages to her relatives over the alleged harassment by Kumar over dowry and shared photos of wounds and marks of beatings on her body.

Meanwhile, another 24-year-old woman was found dead with burn injuries at her rented home where she was staying with her husband in coastal Vizhinjam in Thiruvananthapuram on Tuesday.

Responding to these incidents, the chief minister said he has directed the state police chief to ensure efficient functioning of Domestic Conflict Resolution Centres in all districts to prevent violence against women.