In the audio, Shahikant's wife is heard talking to Dubey's sister-in-law immediately after the ambush in which eight police personnel were killed at Kanpur’s Bikru village on June 2. 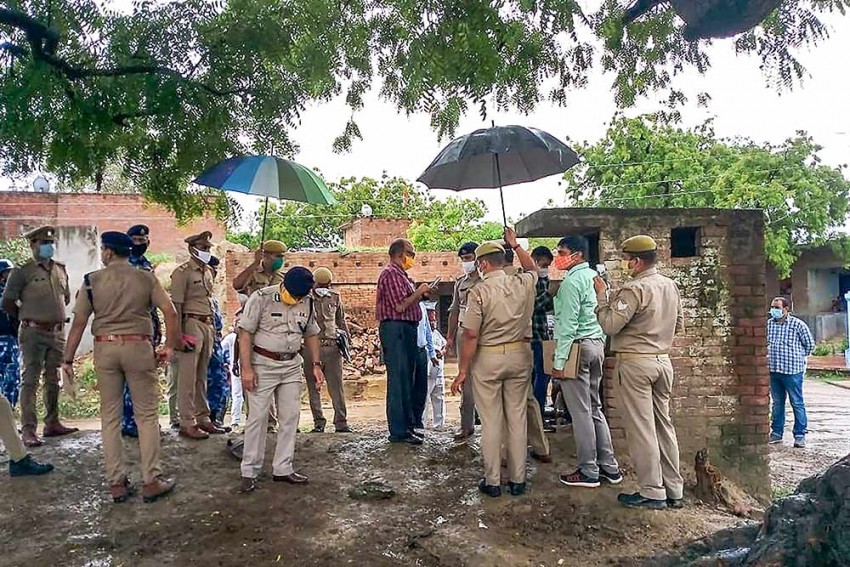 A Special Investigation Team visits the Bikru village, where eight policemen were killed by gangster Vikas Dubey on July 3, for investigation into the case, in Kanpur.
PTI Photo
PTI July 14, 2020 00:00 IST Wife Of Vikas Dubey's Aide 'Caught' On Tape Seeking Advice On How To 'deal' With Police 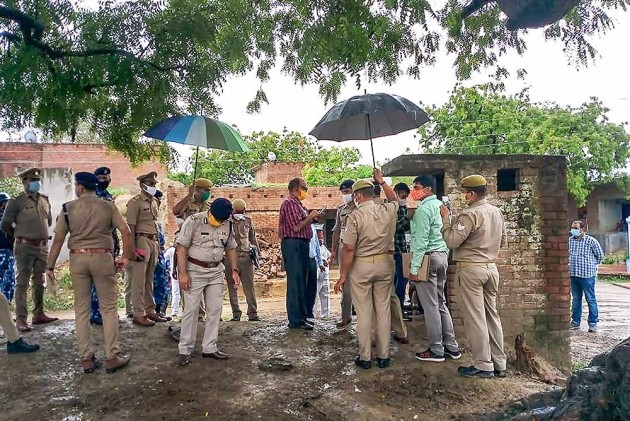 Hours after the arrest of Shashikant Pandey--an aide of slain gangster Vikas Dubey--a purported audio of his wife has gone viral on social media in which she is allegedly heard seeking advice on how to deal with police when it comes to her for investigation.

In the audio, Shashikant's wife Manu is heard talking to Dubey's sister-in-law immediately after the ambush in which eight police personnel were killed at Kanpur’s Bikru village on June 2 night.

"Two men died at my door, while another man died in my courtyard," she is heard saying.

“Everyone has ran away, what will I say when police arrive here,” she adds.

On being asked from the other side about the dead, she says, "They are all policemen. Vikas 'bhaiyya' and others have killed them."

She was advised to delete all phone numbers after which Manu was heard saying, "Yes, I will hide the phone after switching it off."

She was further advised to “delete all numbers and remove its battery” and tell police that they “don't know anything and sit inside”.

"Tell me what will I say when they ask me where did your man go? If he came back after doing day duty, so where is he now? Papa and everyone else have fled," Manu adds.

The Dubey's sister-in-law is heard asking her to delete her number from the call list first and then remove other numbers as well as that of her husband Sonu (Shashikant).

“Keep the phone like this, don't switch it off," she is advised. In the last, Manu says she will tell police that she does not have a phone. "What will happen now, we are very upset,” she is heard saying in the audio.

About the audio, Manu told reporters that she had purchased a new mobile phone and she was not familiar with its features.

"I was learning the handling of the mobile, therefore, was unable to switch it off. I gave it to police when they came to search my house and that is how police was able to find call recordings," she said.

An aide of gangster Vikas Dubey, Shashikant, alias Sonu Pandey, was arrested and two rifles--AK-47 and Insas-- of the Uttar Pradesh Police, looted during the Kanpur ambush, were recovered with cartridges, police said on Tuesday.