If you are packing your bags to drive to the hills in Himachal Pradesh, please check your booking at Shimla, Kullu-Manali, Dharamshala, McLeodganj and even peripheral tourists destinations.

Most of these places are a full-house of tourists bringing cheers to the struggling hotel industry and tourism stakeholders.

The heavy tourist response in the past 48 hours has been attributed to the state government’s decision to ease night curfew norms and allow all markets to remain open on Sundays. 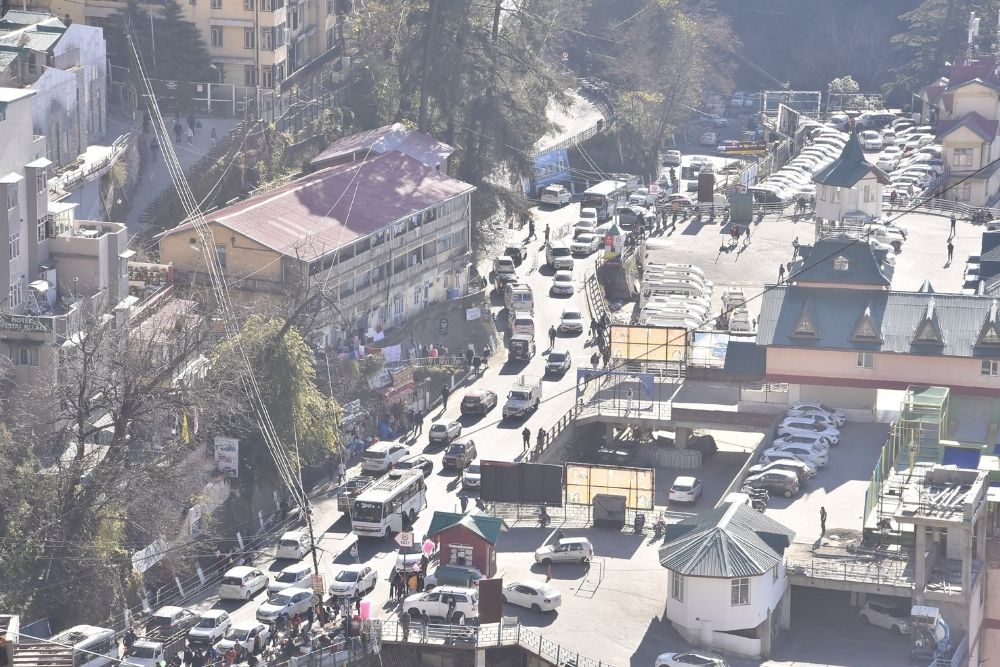 “All records of the past 11 months have been broken. We are very happy at the arrivals, a sudden spike in footfall,” said Sanjay Sood, president, Shimla Hotels and Restaurants Association.

Though the tourists missed a “white Christmas” with snowfall in the town, a high influx of the tourists and packed Mall Road --- a British-era fashionable shopping artery and The Ridge, a sprawling iconic open space facing the landmark Christ Church, presented a change of scene in deserted Shimla streets and markets due to last month’s Covid-19 spike. 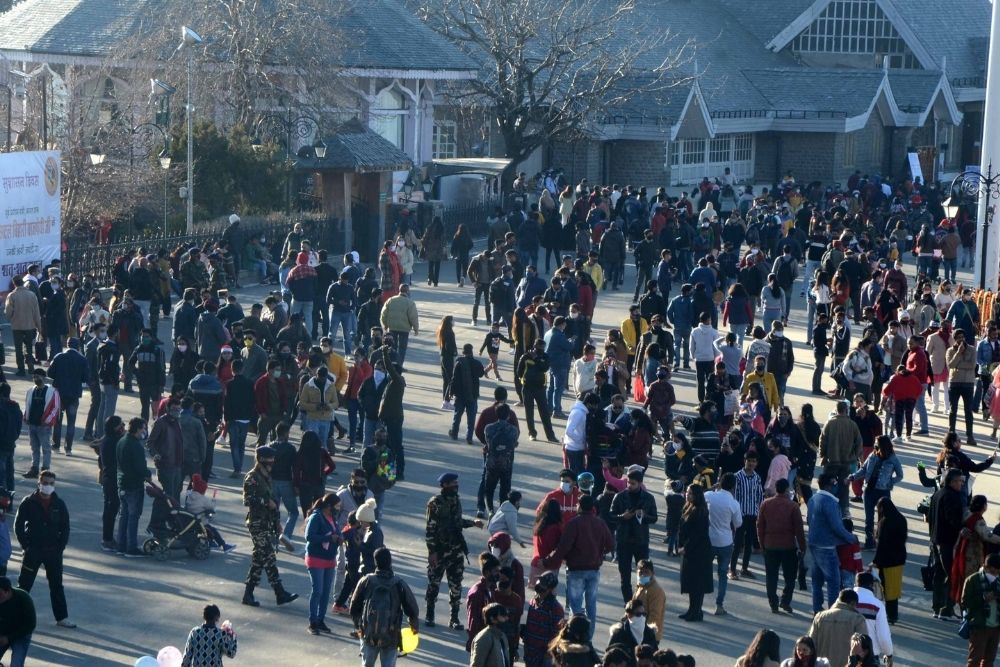 Most eating places on the Mall, fast food ventures, pizza jaunts and shopping corners were occupied contrary to the dull period of lockdown and unlock days.

Though locals were a bit hesitant to venture out on their regular evening stroll on the Mall, sip their choice of brew at the Indian Coffee houses — the favourite place of Prime Minister Narendra Modi and old Shimalites or snatch a quick drink at Devicos, the tourists made up for it all. The social distancing was, of course, a casualty.

Superintendent of police (Shimla) Mohit Chawla who himself was monitoring the activity, said, “I have told the staff and on patrol duty to be firm yet courteous with the tourists. Those willfully defying the advisories (aired over public address network at Mall Road and the Ridge) were issued challans.

He said eight police teams have been set up to ensure that the Covid SOPs are strictly adhered to. Those moving in groups --- families or friends are also persuaded to take necessary precautions.

For the first time after the Covid -19 induced lockdown, Shimla went through traffic ordeals as long queues of vehicles were seen at entry points and the nearby tourists places such as Kufri, Fagu, Mashobra and Naldehra – where some of luxury resorts and homestays taken in tourists.

Dharamshala, the second major town in Himachal Pradesh after Shimla, saw a huge spurt in tourist arrivals have. McLeodganj – the seat of Tibetan spiritual leader Dalai Lama, was packed to capacity and traffic snarls forced the police to impose restrictions on the number of vehicles going to the hill stations.

Deputy commissioner Rajesh Prajapati said, “The atmosphere in and around Dharamshala has turned suddenly colourful. We have gone through a bad phase of coronavirus spread but things are looking up. The tourists rush is perhaps record-breaking this year.”

He admitted that superintendent of police Vimut Rajan was himself in control in the evening on Friday to regulate the movement of tourist vehicles to Mcleodganj, packed with cars.

Manali, where Rohtang Pass is a new attraction, saw a massive rush and prolonged traffic jams throwing a major challenge to the police, especially in view of the safety protocols.

Anup Thakur, president of a Manali hoteliers’ body, said easing of the night-curfew norms and allowing the markets to open on Sunday was the game-changer.

Some tourism stakeholders claim that the decision of the Uttarakhand government to impose a ban on the parties, DJs and dining in hotels and restaurants, bars and lounges, has diverted the tourists to Himachal.