West Bengal Assembly Election 2021: Activists, including Naxalite supporters, believe this year's elections in West Bengal are extraordinary where every vote will matter. 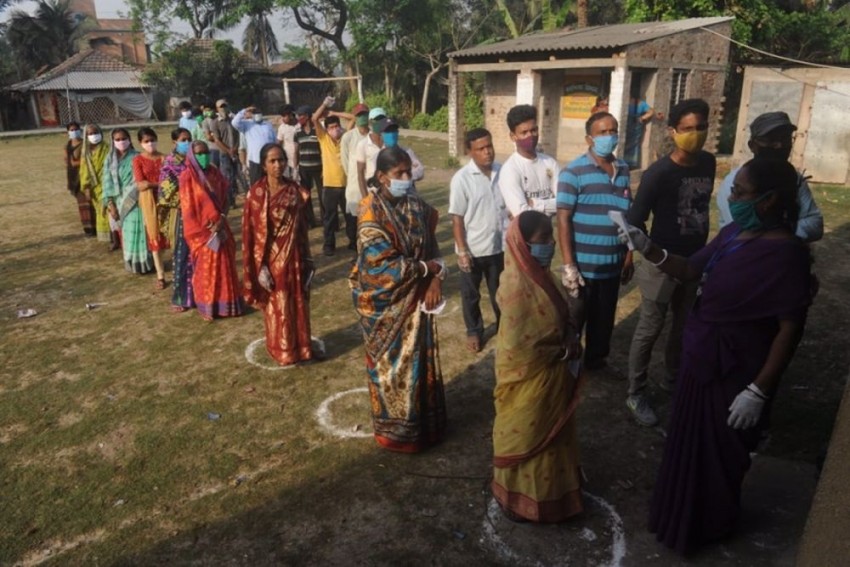 At 63, trade unionist Kushal Debnath will be voting for the first time in the ongoing elections in West Bengal. He never believed changing governments through elections could have any significant influence on the downtrodden people’s lives and, therefore, never went to any polling booth in his life. But he believes the West Bengal assembly election 2021 calls for special action.

“This election assumes special significance. The way the BJP is running a fascist campaign, pursuing divisive politics, communal polarisation, economic reforms favouring the capitalists as well as suppressing all critical voices, people should use every means available to prevent them from winning the Bengal elections,” said Debnath, a voter of Kolkata Port constituency in Kolkata.

In 2018, the Mamata Banerjee government had jailed him and slapped on him a number of cases, including under various sections of the Unlawful Activities (Prevention) Act, or the UA (P)A. But he prioritises resisting the Bharatiya Janata Party (BJP) over fighting it out with Mamata Banerjee’s party.

The BJP has emerged as the principal challenger of West Bengal chief minister Mamata Banerjee’s Trinamool Congress (TMC), with Prime Minister Narendra Modi and Union home minister Amit Shah repeatedly claiming that the BJP forming the next government in the state is only a matter of a few days.

According to Debnath, the situation that arose across the country since Narendra Modi’s return to power in 2019 has prompted several reluctant voters to use their voting rights.

“Electorally defeating the BJP in Bengal could have far-reaching impact in resisting the BJP’s fascist campaign across the country. Besides, we want to send the message that the BJP can be defeated,” he said.

Debnath is not alone.

At 57, filmmaker Aniket Chattopadhyay saw the electronic voting machine, or the EMV, for the first time during the 2021 Bengal assembly elections. The reason: the last time he voted was in 1984, when votes used to be cast in ballot papers.

At 48, Suman Goswami, a resident of Alipurudar in north Bengal, voted for the first time in this assembly elections on April 10, the fourth phase of the state elections.

Journalist-turned-activist Sumit Chowdhury, who became a voter in the early 1980s, will be voting for the first time on April 17, during the fifth phase of the eight-phase Bengal elections.

Former Naxalite activist and author Bharatjyoti Roychoudhury, who voted for the last time in the watershed assembly elections of 1977 that brought the Left Front government to power, will cast his vote this time again.

For all these reluctant voters, going to the polling station this time has a special motivation: they want to resist the BJP from coming to power in Bengal.

“I never went to vote because I did not believe any significant change can be achieved in the society through electoral changes. I still do not believe so. But I do believe that voting against the BJP in this election has great significance. If the BJP can be prevented from coming to power in West Bengal, they can be pushed back at the national level,” Goswami said.

“I do not support the party I voted for. But my vote was important for defeating the BJP, which cannot be compared with any other party in electoral politics,” he added.

Several of them are associated with the campaign called ‘no vote to BJP’ that has been carrying out a campaign across the state, urging people to vote for anyone other than the BJP. In most cases, the appeal is to vote against the strongest contender against the BJP.

One of the activists said that several Naxalite supporter and Maoist sympathisers who never went to vote, or did not believe in elections as a means of changing people’s lives, have this time realised the importance of their votes.

“When it comes to resisting the BJP, every weapon available is necessary. The BJP must be resisted through mass movement as well as electorally,” said a Naxalite activist in her 40s who did not want to be identified.

On Saturday, the fifth phase polling will be held in 45 seats.

Talking to Outlook, a senior leader of Bengal BJP did not want to comment on this trend saying it was not worth a comment.

“These Naxalite supporters are too few in number and electorally insignificant. We always knew they are with the TMC. But they can’t save the TMC however much they want,” said the leader who did not want to be identified.