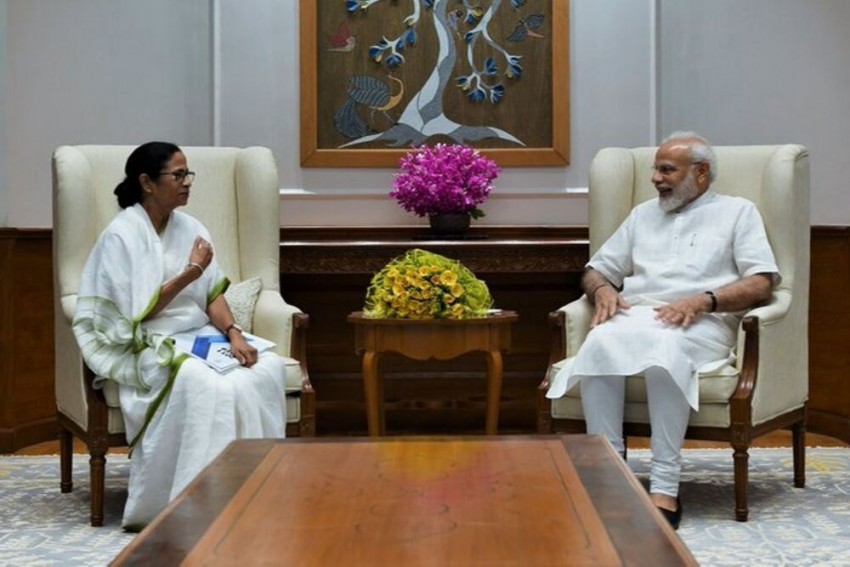 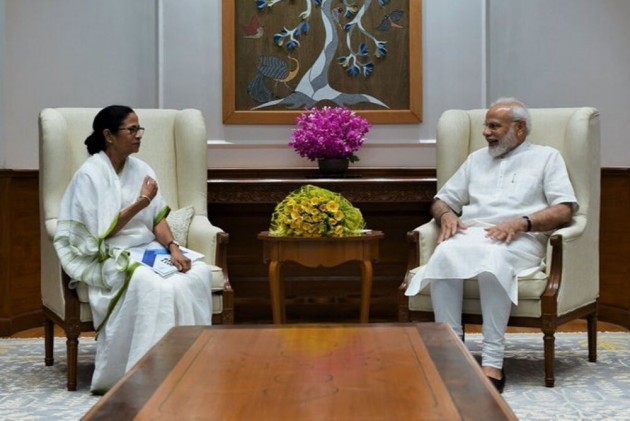 The West Bengal assembly has passed a resolution to rename the state as 'Bangla'.

Describing her meeting with the prime minister as fruitful, Banerjee told reporters that renaming West Bengal has been her government's prime agenda. "...hence we have proposed the renaming keeping 'Bangla' in mind. The prime minister has assured all help," she said.

She said the prime minister was also extended an invitation to inaugurate Deocha Pachami, the second largest coal block in the world, after Durga Puja.

Responding to a question on the National Register of Citizens, she said it is part of Assam Accord, hence there is no provision of its implementation in West Bengal. "Neither has any proposal come, nor will it be done," she asserted.

The Prime Minister's Office had earlier tweeted pictures of the two leaders at the official residence of Modi.

Banerjee is seen presenting a bouquet to the prime minister.