'When we talk about making India a superpower, then we also have to take care of the development potential in all the states of the country,' Rajnath Singh said. 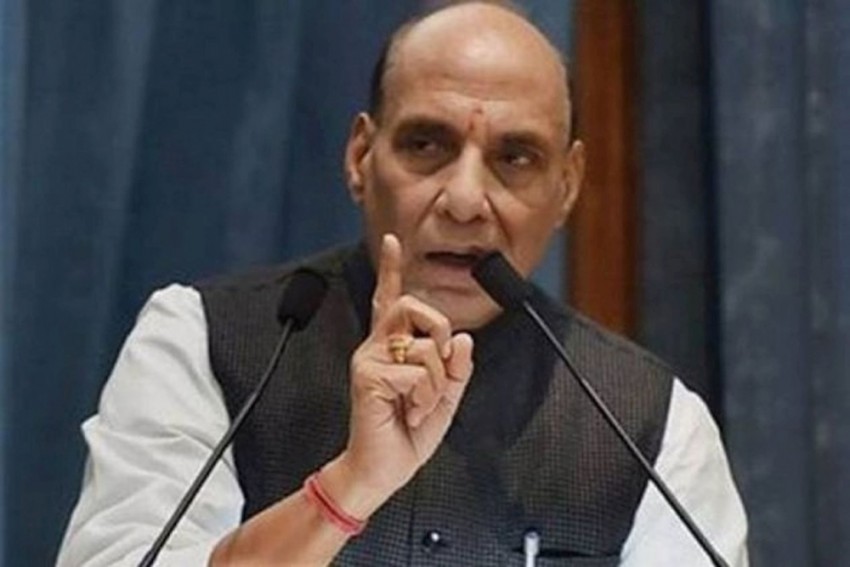 India has the potential to become a superpower and it needs significant achievements in the fields of education, health and industry to make the cut, Defence Minister Rajnath Singh said on Monday as he mentioned the country's glorious history including major discoveries by ancient scientists like Aryabhata ahead of their western counterparts.

In an online address at the convocation of IIM Ranchi, Singh delved into India's rich contribution in the field of scientific research in the classical age of Indian mathematics and astronomy and noted that "Aryabhata confirmed the round shape of the Earth and its rotation on its axis about 1,000 years before famous German astronomer Copernicus did".

"We want to make India a superpower. To make the country a superpower, we need even bigger achievements in the fields of education, health and industry, etc. The potential in these areas is within our country. It is not yet fully utilised," Singh said.

"When we talk about making India a superpower, then we also have to take care of the development potential in all the states of the country," he added.

The defence minister said the youth of the country has the ability to face any challenge and can turn them into opportunities with the help of "invention, innovation and ideas".

Encouraging students to play a key role in making of a 'New India', Singh said modern education should not deter them from taking inspiration from the country's glorious history, adding it set new standards of knowledge and discovery for centuries in the fields of physics, social science, spiritual knowledge and economics.

"Modern education should not be a hurdle in taking inspiration from your glorious past. Just like studying science does not mean that you do not believe in God," Singh said.

He also mentioned mathematician Ramanujan and added: "He said 'an equation is meaningless to me unless it expresses a thought of God'".

Urging students to work towards nation-building, the defence minister cited the contributions of renowned ancient Indian scientists and said "no success is final and no failure is fatal".

"India has been a witness to a long tradition of scientists from Aryabhata, Varahamihir, Brahmagupta, Bodhayan, Charak, Sushruta, Nagarjuna to Sawai Jai Singh.," said Singh.

"Before Isaac Newton, Brahmagupta had confirmed the law of gravitational force. It is a different matter that Western scientists got credit for all these discoveries for some reason," Singh said, adding he is talking about it as he himself was a student of physics.

The defence minister said according to a famous Russian historian, India had mastered plastic surgery before Christ was born and that it was the first country to set up a hospital.

Singh also mentioned a specific contribution to astronomy by 12th-century scientist Bhaskaracharya and suggested that he rehearsed one of the theories relating to orbital periods of the planets that was discovered by German scientist Kepler.

"Secondly, he gave birth to the theory of gravitation about 500 years before Isaac Newton who was born in the 17th century," said Singh.

The defence minister said the list of India's achievements in science is very long, at the same time added that the country was not behind in other fields like economics, history, political science and public administration.

"Today, when we are all working for the creation of New India, it is important for all of us to understand our heritage," he said.

Talking about the coronavirus pandemic, Singh said India effectively confronted the crisis despite having limited resources and that the country turned the disaster into an "opportunity" under the leadership of Prime Minister Narendra Modi.

Asking students to work hard to achieve their goals, Singh said, "We have to understand that the road to success often passes through the streets of failure. There will be no successful person in the world who has never faced failure."