Sheikh Rashid Ahmed was addressing a gathering at his Rawalpindi residence 'Lal Haveli' to express his country's solidarity with the Kashmiri people in the government-organised 'Kashmir Hour' on Friday. 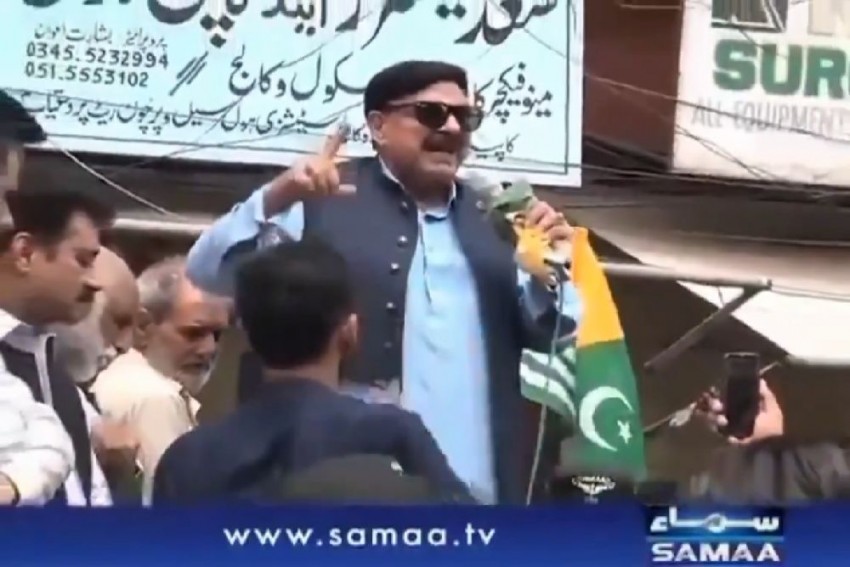 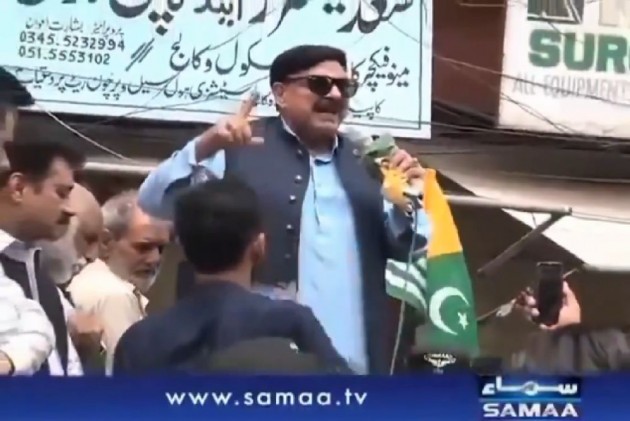 Motormouth Pakistan minister, who just days ago said that a "full-fledged war" between India and Pakistan could take place in October-November this year, got an electric shock in the middle of his tirade again Indian Prime Minister Narendra Modi.

Sheikh Rashid Ahmed was addressing a gathering at his Rawalpindi residence 'Lal Haveli' to express his country's solidarity with the Kashmiri people in the government-organised 'Kashmir Hour' on Friday. He says, "Hum tumhari Modi niyaton se vaqif hain (we are aware of your intentions, Narendra Modi)."

Then Comes the "shock", shows a video that has now gone viral on social media.

"Tumhara ras kas... Oi current lag gaya!" he says with a violent jerk of his hand on getting the electric shock.

He then composes himself to continue. "Khair koi baat nahi, koi baat nahi...," he says laughingly, and proceeds to hold the mike with a piece of cloth.

Two days ago, the Railway Minister predicted a full-blown war between Pakistan and India in the months of October and November. Addressing an event in Rawalpindi, Ahmed said that this will be the last war between the two nations, and added that he is on the path to prepare for this war.

Bilateral tensions between India and Pakistan have escalated since India abrogated special status for Jammu and Kashmir on August 5. Pakistan has termed the move an act of "annexation".