Additional District Judge Uttam Anand was killed on Wednesday during his morning walk after being hit by a rogue autorickshaw near the district court in Dhanbad. 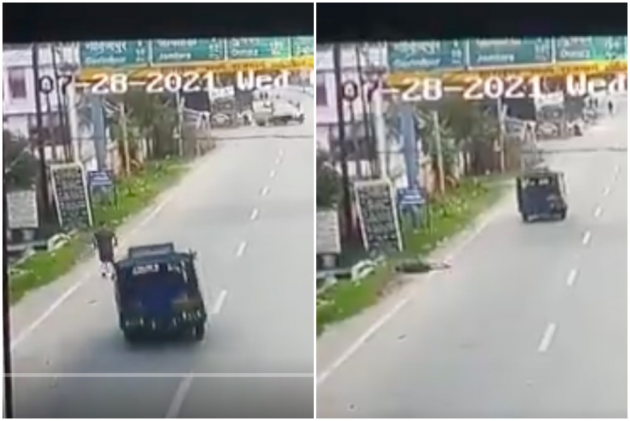 In a shocking incident, a Jharkhand judge was murdered in broad daylight after being hit by an autorickshaw while he was out on his morning walk. Additional District Judge Uttam Anand was killed on Wednesday morning after being hit by a rogue auto near the district court in Dhanbad.

What appeared to be a simple case of hit and run, however, took on a more sinister aspect after the case was brought to the attention of the Supreme Court. CCTV footage of the incident was also shared in court. In the chilling footage, the judge can be seen walking on the side of the road when an auto swerves out of its path and mows Anand down before speeding off.

Murder of #Jharkhand judge in daylight. He had rejected a gangster's bail. pic.twitter.com/s0UUgzL8dS

After the issue of the heinous daylight murder was raised in the apex court on Thursday, Chief Justice of India NV Ramana said that he is aware of the case and that he had spoken to Jharkhand High Court about it.

The matter was brought to the SC's attention today by President of the Supreme Court Bar Association Senior Advocate Vikas Singh. A bench headed by Justice DY Chandrahcud heard the case, which Singh described as a "brazen attack on the judiciary," Live Law reported.

Singh also called for a CBI investigation into the matter as well as urged the Supreme Court to take suo moto cognisance.

Police investigation of the CCTV footage revealed that the hit-and-run case may not have been an accident but a pre-mediated attack. As per reports, the autorickshaw seen in the footage had been reported as stolen just hours before the attack.