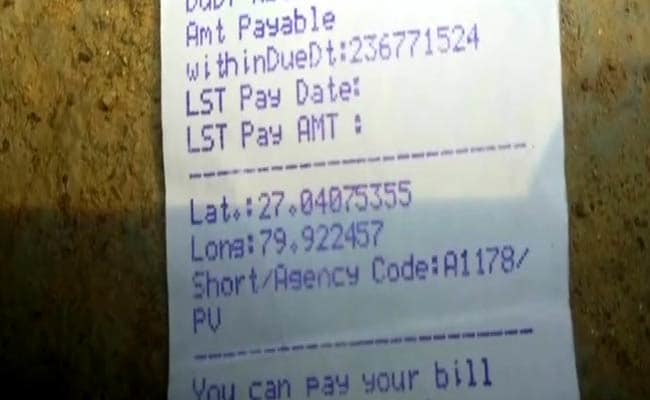 In an incident, a man from Uttar Pradesh's Kannauj district received an electricity bill of Rs 23 crore after consuming a mere 178 units of electricity.

Worried about the huge amount charged for his electricity consumption, Abdul Basit ran pillar to post to mitigate the problem.

"It seems like I've received the entire bill of Uttar Pradesh," Abdul Basit told ANI. "Even if I earn money for my entire life, I'll still be unable to pay this exorbitant amount," he said.

Speaking about this to ANI, executive engineer Shadab Ahmed said payment will be sought only after the bill is rectified.

"Due to some anomalies in reading such kinds of bills are being generated. It would be changed and meter reading will be taken again. Only after a bill is found correct, the consumer will be asked to pay for it," he said.