Dubey was absconding since he and his henchmen laid an ambush on a UP Police party and killed eight of them including two senior officers. 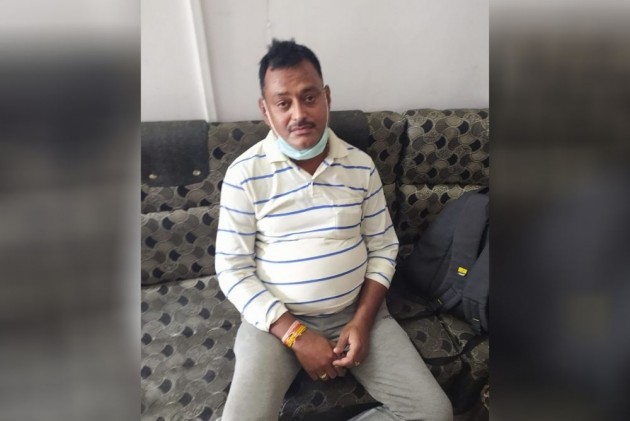 Gangster Vikas Dubey, wanted in connection with the Kanpur ambush in which eight policemen
were killed, was on Thursday arrested at Ujjain in Madhya Pradesh, an official said.

Dubey was absconding since he and his henchmen laid an ambush on a UP Police party and killed eight of them including two senior officers. Eight policemen had walked into a trap set by Dubey and fell to a hail of bullets fired from rooftops.

Dubey was said to be moving around without a mask in the temple vicinity in Ujjain. He has whisked away to unidentified location for medical examination and questioning, according to police sources.

The UP Police had launched a massive hunt to nab Dubey, a history-sheeter who has about 60 criminal cases against him.

He was spotted at a Faridabad hotel on Wednesday. He, however, managed to give the police a slip.

Three of Dubey's close aides were killed in encunters in last 24 hours.