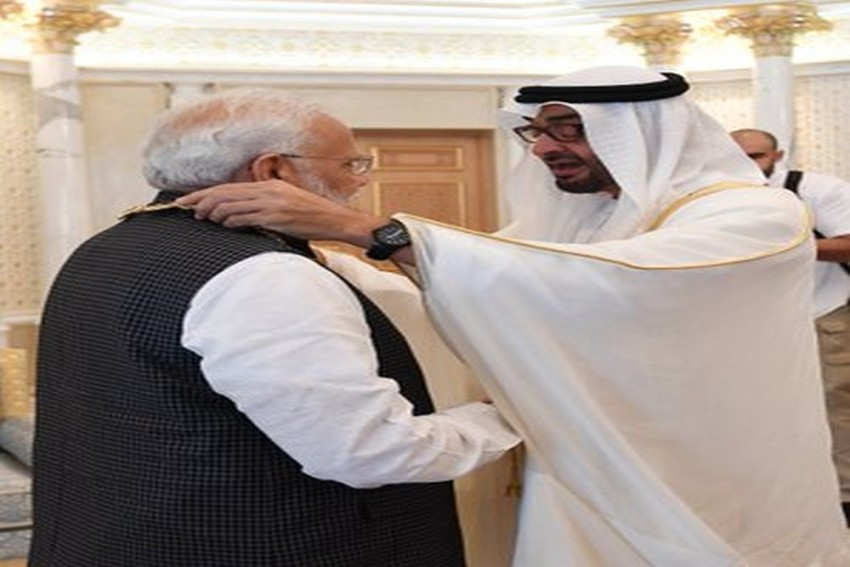 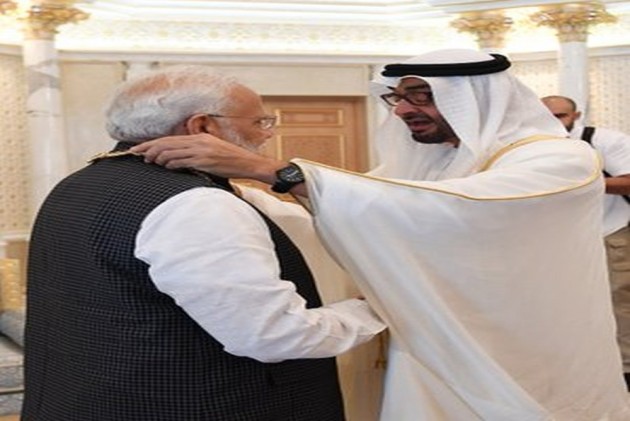 Prime Minister Narendra Modi was honoured with the 'Order of Zayed', the UAE's highest civilian award, on Saturday as a mark of appreciation for his efforts to boost bilateral ties between the two nations.

Modi thanked the UAE government for the honour and dedicated the award to the skills and abilities of 1.3 billion Indians.

"I am humbled to get the 'Order of Zayed' a while ago. This award is not for an individual but for the spirit of Indian culture and is dedicated to the skills and abilities of 1.3 billion Indians. I thank the Government of the United Arab Emirates for this honour," he tweeted.

Ahead of Modi's visit to the UAE, the MEA in a statement said the award in the name of Sheikh Zayed bin Sultan Al Nahyan, the founding father of the UAE, "acquires special significance as it was awarded to Prime Minister Modi in the year of the birth centenary of Sheikh Zayed".

India and the UAE enjoy warm, close and multi-faceted relations underpinned by cultural, religious and economic linkages which, during the prime minister's previous visit to the UAE in August 2015, stood elevated to a comprehensive strategic partnership, it said.

The UAE in April had announced to confer the country's highest award on Modi.

In a tweet in April, the Crown Prince of Abu Dhabi, Mohamed bin Zayed Al Nahyan, said, "We have historical and comprehensive strategic ties with India, reinforced by the pivotal role of my dear friend, Prime Minister Narendra Modi, who gave these relations a big boost."

With an annual bilateral trade of about USD 60 billion, the UAE is India's third-largest trade partner. It is also the fourth-largest exporter of crude oil for India.

"A 3.3 million-strong vibrant Indian community in the UAE nourishes the vibrant people-to-people contacts between our two friendly countries," the MEA said, adding that Modi's visit would further strengthen the friendly bilateral ties.