The incident occurred after an argument broke out between the groups over the CAA. 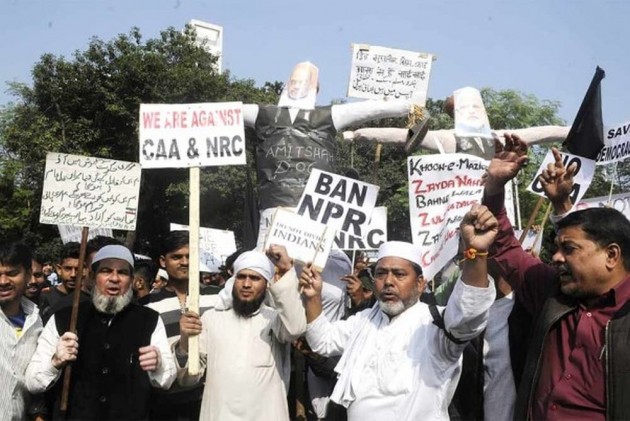 Two persons were killed and one was injured in a clash over a protest programme against the CAA and the proposed NRC in West Bengal's Murshidabad district on Wednesday, police said.

The incident occured after an argument broke out between the two sides at Jalangi over a protest programme opposing Citizenship Amendment Act.

According to the police, a scuffle broke out between the local TMC leaders and residents' forum 'Nagarik Mancha', which was observing a shutdown in the area against the amended
citizenship act and the proposed country-wide NRC.

The residents' forum was asked to withdraw the shutdown and the situation turned violent as both sides came to blows and hurled bombs at each other. Several two-wheelers and cars were damaged and set on fire during the clash.

Local TMC MP Abu Taher, denied that the party was involved in the clash and alleged that the violence was by Congress and CPI(M) supporters.

"I have requested the police to look into the incident. The culprits should be immediately arrested," he said.

Senior Congress leader and MLA Manoj Chakraborty said that the party was not involved in the incident and demanded judicial inquiry into it.

The injured have been rushed to Murshidabad Medical College and Hospital here, the police said.

The Muslim-majority district had witnessed violence and arson during the anti-CAA protests across the state in December last year.

West Bengal became the fourth state after Left-ruled Kerala, and Punjab and Rajasthan, where the Congress is in power, to have passed a resolution on January 27 against the
Citizenship (Amendment) Act. The state assembly had on September 6, 2019, passed a resolution against NRC.