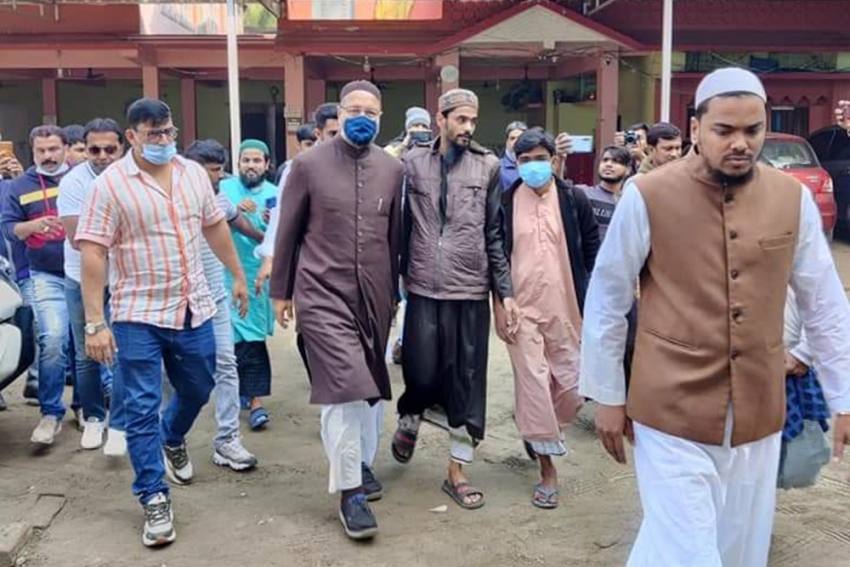 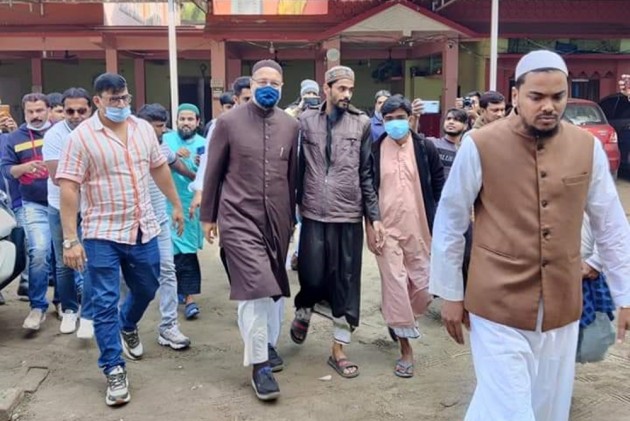 In what is being seen as a major political development ahead of the 2021 Assembly elections in West Bengal, All India Majlis-e-Ittehadul Muslimeen (AIMIM) chief, Asaduddin Owaisi, met influential Bengal Muslim cleric, Abbas Siddiqui, at his residence in Hooghly district on Sunday.

Siddiqui belongs to the popular religious site of Furfura Sharif and had earlier announced to launch his own party to take on Mamata Banerjee's TMC in the coming Assembly elections. His events had been drawing a significant crowd over the past few months.

Owaisi, who too has decided to contest Bengal elections, said on Sunday he would fight the elections staying behind Siddiqui and will act on Siddiqui's advice.

"We will back him, stand behind him, and act according to his advice and plan," Owaisi said, making it clear that he will be contesting the elections under Siddiqui’s leadership.

This was Owaisi’s first organisational meeting in Bengal after announcing his plan to contest the 2021 Assembly elections to be held in the state. Apart from Abbas Siddiqui, his relatives Naushad Siddiqui, Baizid Amin and Sabir Ghaffar were also present during the discussion.

Siddiqui is a pirzada, or descendent of a pir. He, however, does not enjoy the backing of the whole Siddiqui family, as his uncle, Pirzada Tawha Siddiqi, a better-known name than Abbas himself, has criticised Abbas’s foray into politics saying politics was not meant for spiritual leaders.

Refuting the Trinamool Congress’s (TMC) repeated allegations that his party was going to create an advantageous situation for the BJP by dividing Muslim votes, Owaisi said, “This is a baseless allegation. We did not contest the 2019 Lok Sabha elections here. How then did the BJP win 18 seats? It has become evident now that she can’t resist the BJP, as we can see a series of TMC leaders joining the BJP.”

In one sense, Owaisi and Siddiqui may play a complementary role for each other. While Owaisi’s party was being accused by the TMC of being ‘outsiders’, Siddiqui would provide them with a Bengali face.

Most of the AIMIM’s leaders in Bengal are more fluent in Urdu than Bengali, which would have made it difficult for them to connect with the large, Bengali-speaking rural Muslim population. Muslims made 27% of the state’s population in 2011.

In Bengal, Urdu-speaking Muslims are a miniscule minority, living mostly in urban areas, while more than 90% of the state’s Muslims are Bengali-speaking and live in rural areas. So long, the AIMIM had managed to make inroads mostly among a section of Urdu-speaking Muslims living in urban areas, whereas Siddiqui’s influence was mostly among the Bengali-speaking rural Muslims.

Besides, while the AIMIM had organisational advances mostly in the north and central Bengal districts of Murshidabad, Malda and Uttar Dinajpur – these are the three Muslim-majority districts of the state – Siddiqui’s influence has been among Muslims in south Bengal, especially Kolkata’s neighbouring districts of North 24-Parganas and South 24-Parganas, both with significant Muslim population, as well as in the districts of Hooghly and Howrah.

The AIMIM still has no formal state committee in Bengal but has teams or organisers in most of the districts.

In West Bengal, Muslims have traditionally stood by the mainstream, so-called secular parties. During the first six decades since Independence, the Muslims stood either by the Congress or the Left parties. Political outfits playing Muslim identity politics failed to create any impression. Over the past 10 years, Muslims have mostly backed Mamata Banerjee’s party.

In the 2019 Lok Sabha elections, the TMC swept most of the areas dominated by Muslim population, except in parts of the districts of Malda and Murshidabad, where the Muslim votes got split between the TMC and the Congress.

According to Biswanath Chakraborty, a professor of political science at Rabindra Bharati University in Kolkata, this development was “certain to increase Mamata Banerjee’s headache.”

He said that the rise of Hindutva politics and the atmosphere around the Citizenship Amendment Act and National Register of Citizens had created space for Muslim identity politics.

“The secular parties are often coming to a compromise while countering the BJP’s Hindutva politics. Afraid of losing out on the votes of the majority Hindus, the secular parties are often resorting to soft Hindutva. This is true for the TMC as well. The party was so long feeling secured about their Muslim vote-bank and had set their focus on winning over some Hindu votes from the BJP’s fold. But now, they will have to focus on retaining their Muslim votes as well,” Chakraborty said.

The TMC, however, said the meeting between Owaisi and Siddiqui was a minor affair.

Siddiqullah Chowdhury, the library and mass education extension minister in Mamata Banerjee’s cabinet, is also the state unit president of Jamiat Ulama-e-Hind, a pan-India organisation of Muslim scholars. Chowdhury said the two joining hands would do no harm to the TMC’s electoral prospects.

“Bengal needs no AIMIM. We are enough to deal with the BJP. Mamata Banerjee is the icon of communal harmony. Let Bengal deal with its own issues rather than being led to a disaster due to provocations coming in from Hyderabad,” Chowdhury said. The AIMIM is headquartered in Hyderabad.

“The plot they are unfolding is a devious one. They will trigger riots and broaden the rift between the majority community and the minorities. Besides, Muslims are not fools. They know what the Mamata Banerjee government has done for the community, how the community started getting more space in the mainstream of education and jobs during her rule, how she is resisting the BJP’s heinous politics and how the government has stood firmly against CAA, NRC and NPR,” said the minister.

Kashmir Valley Wakes Up To Blanket Of Snow