Jagmeet Singh said the TikTok videos were a way to 'show what I'm for, who we're in it for as a team,' before adding it was a 'cool way' to share his campaign message. 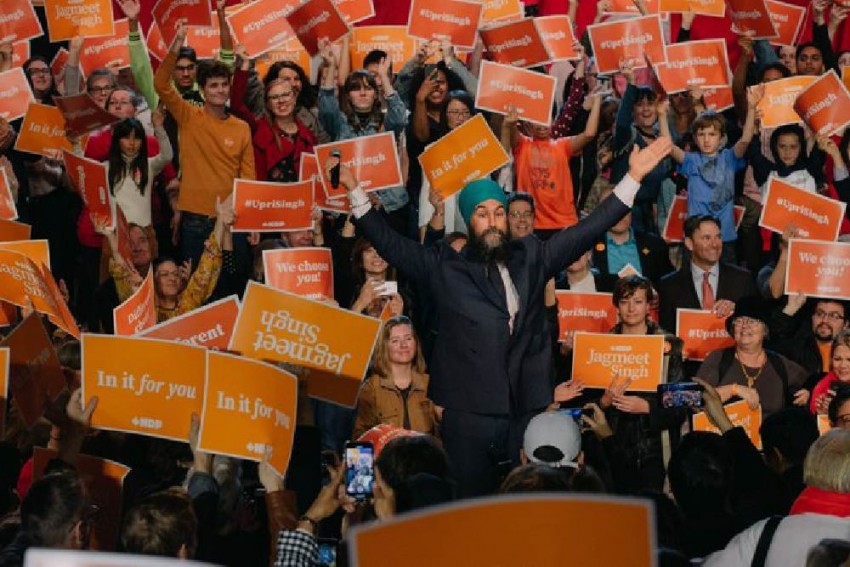 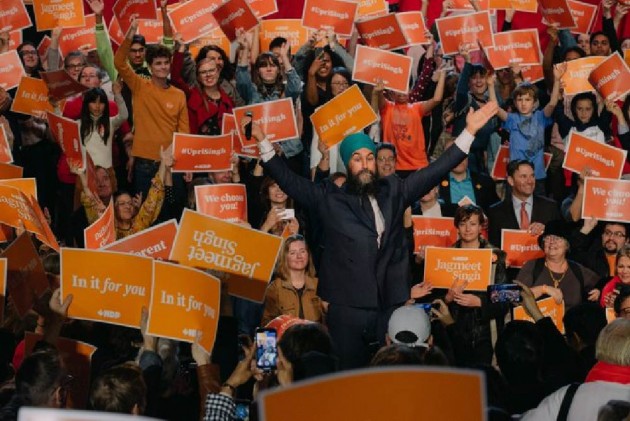 New Democratic Party (NPD) leader Jagmeet Singh, a contender in Monday's Canadian general elections and also the first turban-wearing Sikh to sit as a provincial legislator in Ontario, has reached out to young voters in the country via TikTok, the video-sharing app.

Singh has made it a priority to try to connect with young voters through his campaign, using tools and strategies other political leaders either cannot or have chosen not to try, CBC News reported on Sunday.

Singh said the TikTok videos were a way to "show what I'm for, who we're in it for as a team," before adding it was a "cool way" to share his campaign message.

A practising Sikh, Singh is known for donning colourful turbans. His campaign's main focus is climate action and a government-funded drug programme for all.

On Sunday, the NDP leader said that young voters have told him they often feel ignored by political parties and by government decision-makers.

That's why, Singh said, that he has made it a big part of his campaign to reach out to younger voters in ways that were relevant to them and on platforms they regularly use.

"One of the things I've realized throughout the campaign and throughout my life is that you've got to speak to people where they are," CBC News quoted Singh as saying on the eve of his first general election as a federal leader.

"Wherever they are, if you can speak to them and find them and you have a message that can actually make their life better, then use that platform."

Recent polls have suggested that Singh's efforts to pull some of that youth support in his favour may be working, with the NDP first or second choice among the youngest cohort of eligible voters.

Singh opted for a light schedule for the final day of campaigning on Sunday.

The NDP leader had only three events, all in the Vancouver area, and wrapped things up by mid-afternoon - a stark difference from Prime Minister and ruling Liberal Party leader Justin Trudeau, who is seeking a second term, and Conservative candidate Andrew Scheer, who spent the day in multiple ridings or seats in British Columbia.

Besides the three frontrunners, the other candidates in the fray are Green leader Elizabeth May, Yves-Francois Blanchet from the Bloc Quebecois party and the People's Party of Canada's Maxime Barnier.

Monday's polls which will take place for 338 ridings or seats are the 43rd Canadian general elections to elect members of the House of Commons.

The Liberals under Trudeau are trying to retain the majority (184 seats) they won in the 2015 polls.

But last month Trudeau came under fire where he had to apologize for not just for wearing blackface during a school event nearly two decades ago, but admitting that he had no idea how many times he had chosen to do so.

The results are expected by Monday night.