The state government will bear all the expenses incurred on the treatment of the junior doctor who was admitted to a private hospital after the family of a dead patient assaulted him and his colleagues, she said. 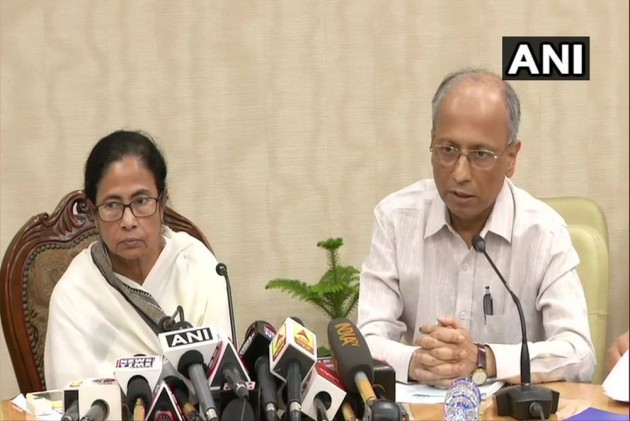 Five days after West Bengal healthcare services came to a screeching halt, chief minister Mamata Banerjee on Saturday said her government had accepted all the demands of doctors and beseeched them to get back to work.

She added that her government was committed to taking all the necessary steps to resume healthcare services in the state.

"We've accepted all their demands. I had sent my ministers, principal secretary to meet the doctors. They waited for 5 hours to meet doctors delegations yesterday and today, but they did not come. You have to give respect to the constitutional body," Banerjee said.

"They have been saying obnoxious things about me. It's an unfortunate incident because of which patients are suffering," Banerjee, in a press conference, said.

"I appeal to all doctors to resume work as thousands of people are awaiting medical treatment," she said.

The state government will bear all the expenses incurred on the treatment of the junior doctor who was admitted to a private hospital after the family of a dead patient assaulted him and his colleagues, she said.

A severe injury to junior doctors' skull had triggered nationwide outrage against growing attacks on doctors at the hands of angry families.

Earlier in the day, Union Health Minister Dr Harsh Vardhan wrote to the chief ministers of all states and union territories and asked them to consider enacting legislation to protect doctors.

While the doctors had placed six demands on the table, including an apology from the TMC supremo, Banerjee had called their strike a handiwork of CPI (M) and BJP.

Banerjee's reference to doctors as "outsiders" had also infuriated them.