In such a situation, the district and police administration was busy in controlling the crowds till noon even as chaos prevailed at Ramlila ground with no social distancing observed. 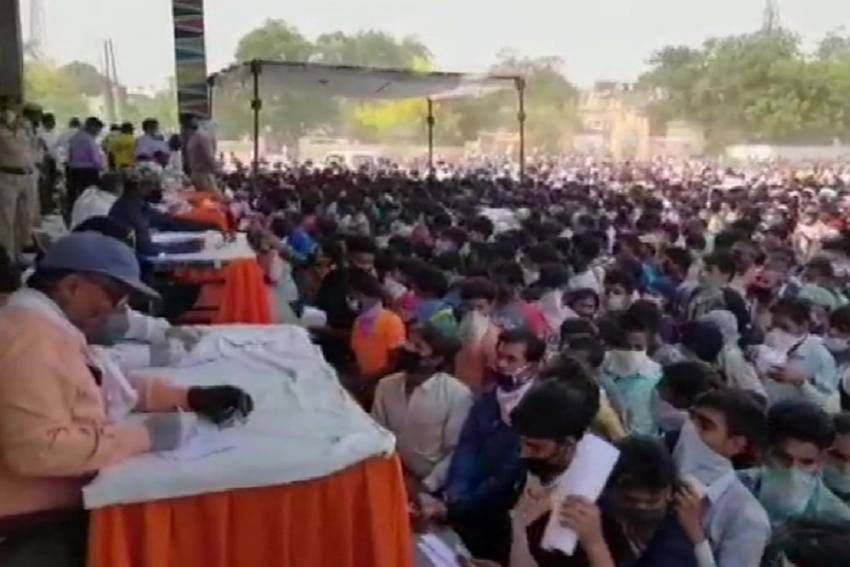 Ghaziabad: Thousands of migrant workers gather at Ramlila Ground for registering themselves for the three Shramik special trains.
Twitter/ANI
IANS 2020-05-18T19:14:19+05:30 Chaos In Ghaziabad As Thousands Of Migrants Gather To Register For Trains 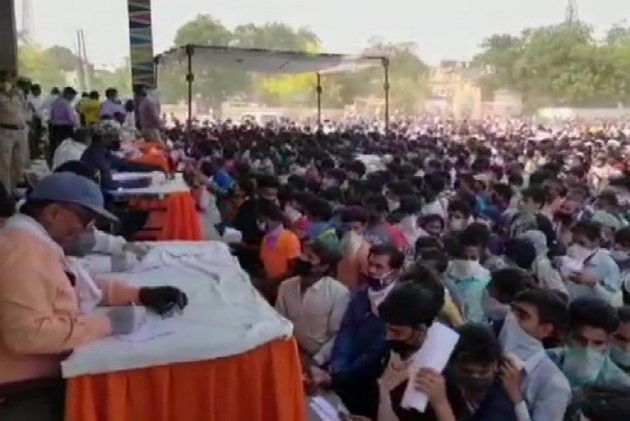 Large crowds of migrant workers, who had reached Ghaziabad from Delhi via trains from states across the country, gathered at the local Ramlila ground here on Monday morning en route to their hometowns.

A majority of the crowd were workers headed for far flung areas in Uttar Pradesh. All of them had to reach the destination through trains and buses. After several hours of effort, the district and police administration could control the crowds and direct them towards their destinations.

Most of the people were those who arrived in Ghaziabad from Delhi. The Ghaziabad administration gathered all of them in Ramlila ground here with the help of the police. The crowd became massive as hundreds of people gathered. Hundreds of people had to be sent via bus to other districts of the state.

In such a situation, the district and police administration was busy in controlling the crowds till noon even as chaos prevailed at Ramlila ground with no social distancing observed.

Senior Superintendent of Police Kalanithi Naithani said, "Yes, there was a lot of rush for some time. But it was not so much that the situation had become uncontrollable. The people were being dispatched by train as and when their train arrived. Gradually, as people boarded vehicles to their respective destinations, the crowd at Ramlila ground began to ebb."