The siege protest has been called to bring pressure on the AIADMK government to adopt a resolution in the assembly opposing the CAA as had been done by several non-BJP ruled states. 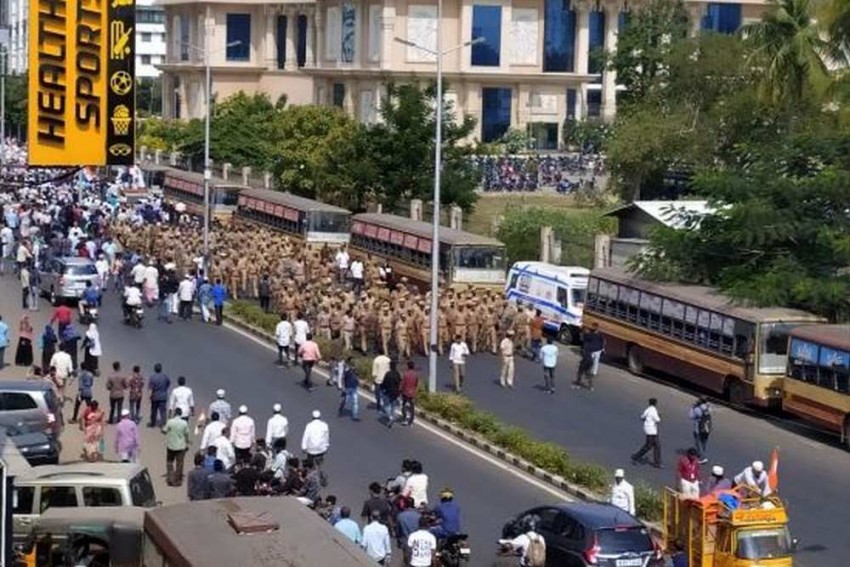 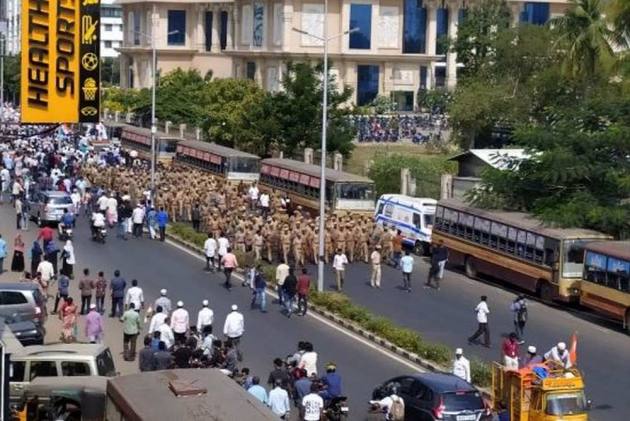 Defying orders of the Madras High Court, over two thousand people in Chennai are marching towards the state secretariat from Walajah Road to protest against the Citizenship Amendment Act, National Register of Citizens & National Population Register.

Heavy police force has been deployed in view of the ongoing Assembly session.

The Madras High Court on Tuesday had restrained a body of Muslim outfits from going ahead with the proposed agitation to lay siege to the Tamil Nadu assembly pressing their demand for a House resolution against CAA, NRC and NPR.

A bench of justices M Sathyanaraya and R Hemalatha granted the interim injunction till March 11, restraining the Federation of Tamil Nadu Islamic and Political Organisations and its allied associations from holding the agitation.

Passing the interim order on a PIL which sought to forebear the police from granting permission to the agitation, the bench posted the matter to March 12 for further hearing.

The court made it clear that it was not expressing any opinion on the Citizenship Amendment Act, or the National Register of Citizens or the National Population Register.

The siege protest has been called to bring pressure on the AIADMK government to adopt a resolution in the assembly opposing the CAA as had been done by several non-BJP ruled
states.

An attempt by opposition DMK to move an anti-CAA resolution in the assembly during the session has failed with Speaker P Dhanapal disallowing a notice for it, saying the matter was sub-judice, apparent reference to petitions challenging the amended act in the Supreme Court.

Earlier, state Additional Advocate General SR Rajagopoal told the court that any application seeking police permission for protest should be made five days prior, but in this case, the federation had moved the police only on Monday for the agitation proposed on Wednesday.