There Will Be Constitutional Crisis If Centre Insists On NPR: Kerala Finance Minister Thomas Isaac

He warned that if the Centre insists on NPR, the state government will even disrupt the Census operation as well 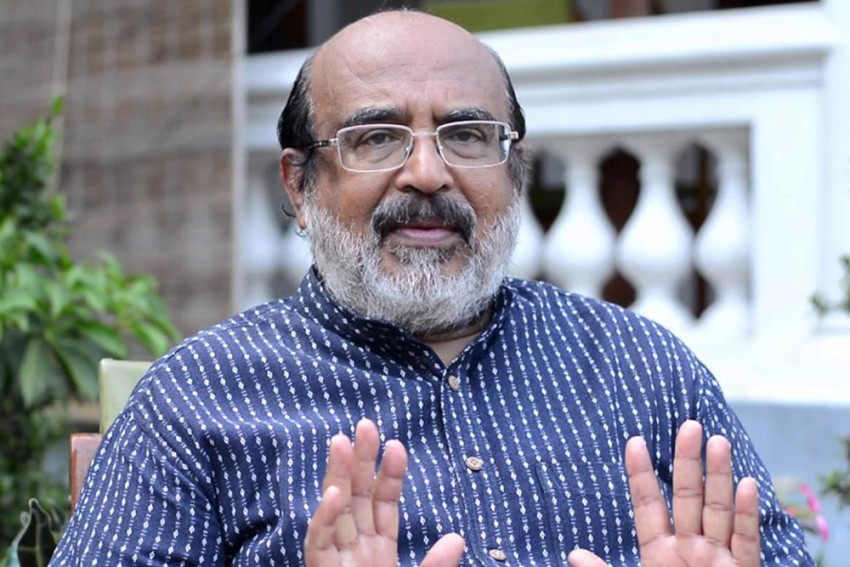 Even though Home Minister Amit Shah sought to dispel concerns about the National Population Register (NPR) last week, more than 12 states have come out in opposition against the exercise, which is set to begin from April 1.

Kerala was the first state to pass a resolution against the Citizenship Amendment Act (CAA) and it has also suspended the updation process of NPR in the state. In an interview to Outlook’s Preetha Nair, state finance minister Thomas Isaac said that their government wouldn’t conduct NPR at any cost. He warned that if the Centre insists, it will even disrupt the Census operation, which will take place along with NPR.

I don’t believe Amit Shah because he is the prime architect of all the troubles. On many occasions, he has spoken about how CAA-NRC-NPR is going to identify and remove all the infiltrators in the country. Even after NPR is done, one can be marked as ‘doubtful’. It is the precursor to NRC. The CAA-NRC-NPR combine is a divisive instrument and the only way out is to revoke NRC and CAA.

The NPR –Census is set to begin in April and the Census commissioner has written to the Chief Secretary for a smooth functioning of the exercise...

If they are going to insist on NPR, even census operation will be in danger. It was never interrupted even during Second World War. It’s very important that census operation takes place. The state government has taken the position that we will faithfully carry out the census exercise. But we can’t force people if a large section of population refuses. Now a large section is agitating against census too. We haven’t done any training for NPR in the state and we refused to print forms for the same.

The citizenship law is a Union subject. If the state refuses to co-operate, the centre can take action...

According to the Constitution, under the census act, the central government can give administrative directive to the state. Suppose if majority of the states refuse, what will they do? Two-third majority in the House doesn’t give you the right to impinge upon or undermine the fundamental federal structure of the country. There will be challenges. This is how our Constitution came into being. We will not implement NPR under any circumstances. Whatever the means we have to employ, the government will refuse to do it. We refuse because we don’t want to create restlessness and fear among the minorities. There’s going to be an administrative crisis. So the central government should avoid it.

Now, 12 states have refused to implement NPR. Will it lead to a constitutional crisis?

Even BJP-ruled Bihar and Tamil Nadu have objected to NPR. It cuts across parties and states. The fear has now spread across the nation that the CAA-NRC is a divisive instrument and it’s with this motive that it has been brought in. What is the urgency for NPR when the government is facing economic and health crisis? The urgency is for communal polarisation. We have seen it during Delhi riots. The central government has the power to take retaliatory measures. Under article 356, they can dismiss state governments too. They should realise that there is widespread opposition. If they dismiss all the governments, it will lead to a constitutional crisis.

Some states are going by the 2010 format of the NPR…

NPR cannot be done whether it’s 2010 or 2019 format, as it will lead to pan-India NRC. ln 2010, there was no talk of NPR being linked to CAA or NRC. Now the Home Minister and PM are on record talking about the connection between CAA, NRC and NPR.

The government say that NPR data is for welfare schemes…

What is the way out of the logjam?

Let the Central government call all state chief ministers and hold deliberations in a peaceful manner. We have conveyed it to the Centre. The government should delink census from NPR. Kerala was the first state to pass the resolution against the CAA. Even if CAA is constitutionally held valid by SC, that does not validate NPR. Because it can be used for drafting NRC and then it will lead to CAA.