India also underlined the need for nations to develop tailored and conflict-sensitive approaches to ensure repatriation, rehabilitation and reintegration of teenagers affected by armed conflicts. 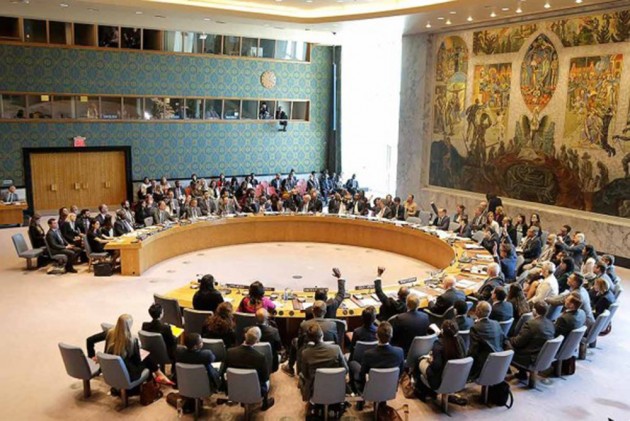 India also underlined the need for nations to develop tailored and conflict-sensitive approaches to ensure repatriation, rehabilitation and reintegration of teenagers affected by armed conflicts.

The Indian representative made the comments at the UN Security Council Open Arria Formula meeting on 'Children and Armed Conflict' organised by Russia that the Resolution 2178 (2014) of the Council defines who foreign terrorist fighters (FTFs).

"There is a general tendency to extend the term to their families. Using the term FTFs for children may lead to stigmatisation and dehumanisation," Naidu said.

Naidu underlined that the treatment of children affected by the FTF phenomenon should be based on respect, protection, and fulfilment of their rights as defined by the international human rights law, in particular the Convention on the Rights of the Child (CRC) and the International Covenant on Civil and Political Rights (ICCPR) and the international humanitarian law, as applied locally by relevant national laws.

He told the meeting that India recognises the "urgent need" for member states to develop tailored, context- and conflict-sensitive approaches to ensure prosecution, repatriation, rehabilitation, and reintegration of children of FTFs.

Noting that there are multiple challenges, he said prosecution of FTFs introduces the challenge of collecting, handling, preservation and sharing of relevant information and evidence obtained from conflict zones, in accordance with domestic law and member states’ obligations under international law.

"The situation is further complicated as many children do not have legal documentation. There may also be situations where a particular member state may not have a de-radicalisation or re-integration policy in place,” he said.

Naidu added that while some member states have begun repatriating children of foreign terrorist fighters, the pace has been slow.

"It is thus evident that circumstances of the situation will determine whether the children of FTFs can be taken back or not, given national legislation and/or absence of clear evidence for their claim,” he said.

Given the complexity of the situation, he said, India is supportive of any UN led effort aimed at identifying solutions informed by an understanding of the rights and interests of the children of FTFs and implemented in a manner that is consistent with human rights, humanitarian law, and respective national laws.

Naidu highlighted the recent trend in global terrorism wherein growing number of children are recruited and involved in terrorism-related activities.

“For terror groups, children are most susceptible to manipulation, whether as active participants in terror or as human shields to protect the perpetrators of terror,” he said.

“Used as guards, spies, cooks, suicide bombers or human shields, these terror groups understand that children cannot fully grasp the inherent danger of combat, have an underdeveloped sense of right and wrong, and less likely to have divided loyalties,” he said.

Naidu noted that children were also increasingly the target of coercion, both physical and mental and become victims, witnesses, and offenders, all at the same time.

“Some of these children are abducted or forcibly recruited, some are enticed by monetary gains, some join voluntarily, while others have little or no choice but to accompany their parents or are born in conflict zones to people who have travelled there as foreign fighters,” he said.

India pointed out that while the vulnerability of children to terrorist recruitment is affected by a multitude of factors, including their geographic proximity to a terrorist group, economic status, perceptions of social or political marginalisation, exposure to permissive social networks, and exposure to extremist propaganda, the relative importance of these factors vary individually and according to the local context.

“While international human rights law provides the right for everyone to enter his or her own country, some countries of origin refuse to receive adults and their children suspected of being associated with armed groups, including designated terrorist groups. Others have expressed willingness to repatriate only children and not their parents, inevitably leading to the risk of family separation,” Naidu said.

He said that some countries have implemented a policy whereby only orphans are repatriated or take only children younger than a certain age, leaving children in prolonged detention or situations of deprivation.

India has taken note of “The Handbook” brought out by the UN Office for Counter Terrorism (UNCCT) which uses the broad term, “children affected by the foreign fighter phenomenon”.

This usage not only affirms the principle that international standards for child rights should apply to all children, regardless of their situation or age, but also protects them, to an extent, from stigmatisation and dehumanisation, Naidu added.