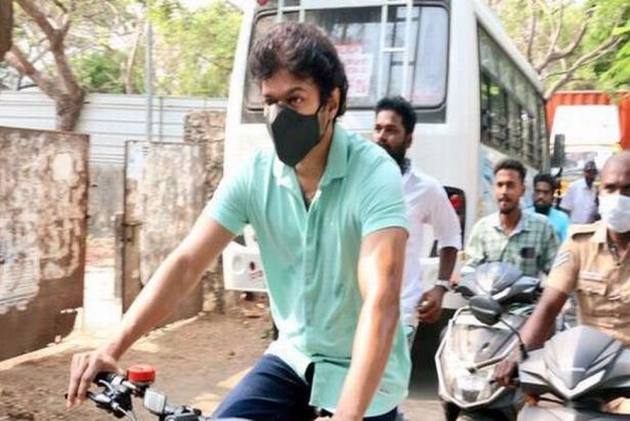 Tamil cinema superstar Vijay rode a bicycle to a polling station in Chennai, Tamil Nadu to cast his vote for the Assembly elections Tuesday morning.

The actor wore a light blue t-shirt and jeans as he made his way through the crowd standing to catch a glimpse of their acting icon. As reported by Times of India, police resorted to lathi charge to dismiss people who went into a frenzy on spotting Vijay.

Vijay was caught on cameras being followed by a large number of people on two-wheelers.

Many speculated on social media if Vijay riding a bicycle is a sign of his opposition against the rising fuel prices.

#ThalapathyVijay arrives at polling booth on cycle against petrol hike to cast his vote.

And remember only Pawan Kalyan and Vijay came out and spoke against Demonetisation. pic.twitter.com/eRTJWeeWml

However, his publicist clarified that the actor rode a bicycle in view of the car parking situation around the polling booth.