Sidhu had earlier written to MEA asking "if he didn't get a response to visit Pakistan, then he will proceed as a devotee visa.' 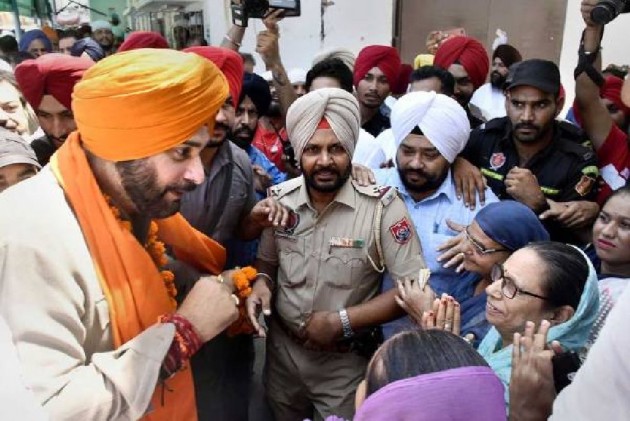 Congress leader and former Punjab minister Navjot Sidhu was on Thursday granted political clearance to travel through the Kartarpur Sahib Corridor on November 9.

Sidhu had earlier on Thursday again written to External Affairs Minister S Jaishankar, asking "if he didn't get a response to his third letter seeking permission to visit Pakistan, then he will proceed as a devotee on an eligible visa"

"Despite repeated reminders you haven't responded to whether or not the government has granted me permission to go to Pakistan for the inauguration of Gurdwara Sahib," Sidhu's wrote in a letter, third in a row, to Jaishankar.

'If MEA Doesn't Respond, I Will Go To Pakistan On Eligible Visa': Sidhu On Kartarpur Row

"I categorically state that if the government has any inhibitions and so no, then, as a law-abiding citizen, I will not go."

Sudhu further wrote, "But if you don't respond to my third letter, then I will proceed to Pakistan as millions of Sikh devotees go on eligible visa."

Sidhu is also not accompanying the official 'jatha' led by Chief Minister Amarinder Singh that is visiting the Kartarpur Gurdwara.

Officials said all Punjab MLAs were asked to apply, but Sidhu preferred to opt out.

The Kartarpur Gurdwara, located some 4 km from the border with India, is believed to have been built on the site where Guru Nanak died in the 16th century. It is going to be linked with the 4.2 km-long Kartarpur Sahib Corridor.

Prime Minister Narendra Modi will inaugurate the Kartarpur Corridor on November 9 and dispatch the first lot of pilgrims to visit Kartarpur Sahib Gurdwara in Pakistan's Punjab province on the occasion of the 550th birth anniversary celebrations of Guru Nanak Dev that falls on November 12.