Addressing a gathering in Etawah on Saturday, the PSPL chief took a jibe at Akhilesh and BSP supremo Mayawati. 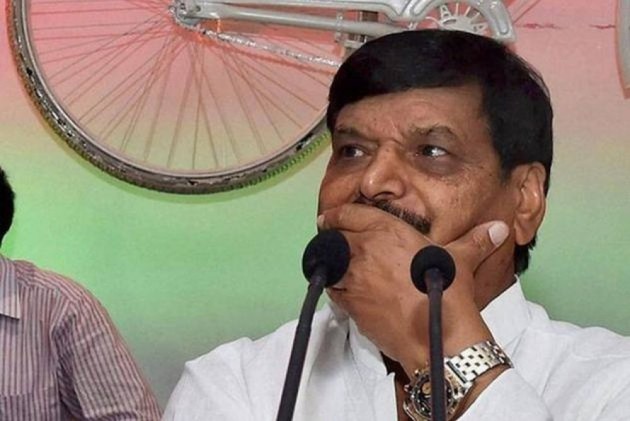 President of the Pragatisheel Samajwadi Party (PSP) Shivpal Singh Yadav on Saturday said he would be contesting the upcoming Lok Sabha election from Firozabad against his nephew Akshay Yadav, the incumbent MP.

Akshay Yadav, the son of SP leader Ramgopal Yadav, is presently the Member of Lok Sabha from Firozabad parliamentary seat.

Addressing a gathering in Etawah on Saturday, the PSPL chief took a jibe at Akhilesh and BSP supremo Mayawati, who entered into an alliance recently, asking how the SP Chief refers to Mayawati as "bua" (paternal aunt) when neither he nor SP patriarch Mulayam Singh Yadav ever made her their sister.

The SP-BSP alliance in Uttar-Pradesh is often dubbed as Bua-Bhatija alliance, however, it is perceived as a formidable force to counter BJP in the upcoming elections. The alliance has kept both Congress and Shivpal Yadav-led PSPL out of its fold.

Neither Neta ji (Mulayam) had made her (Mayawati) his sister, neither had I made her my sister, then how did she become Akhilesh Bua asked Shivpal.

Slamming the SP-BSP alliance, Shivpal said Mayawati once referred to the SP as the party of goons and Mulayam as the "leader of goons".

The PSPL chief further asserted that the next government at the Centre cannot be formed without the support of his party.

No government can be formed in 2019 without the support of our party. In 2022, PSPL will form its government in Lucknow, he added.

Shivpal also alleged that Akhilesh had betrayed not only him but his father Mulayam Singh Yadav as well. How can we believe such a person who betrayed his father and uncle?" he asked.

In the upcoming Lok Sabha elections, the SP and the BSP will contest on 38 seats each out of the 80 seats at stake in Uttar Pradesh.

Mayawati had announced that the two parties will not field candidates against Rahul Gandhi in Amethi and UPA chairperson Sonia Gandhi in Rae Bareli. (ANI)