'It shows the lies the then Congress government had spread about Amit Shah to implicate him in the case,' Rawat told reporters. 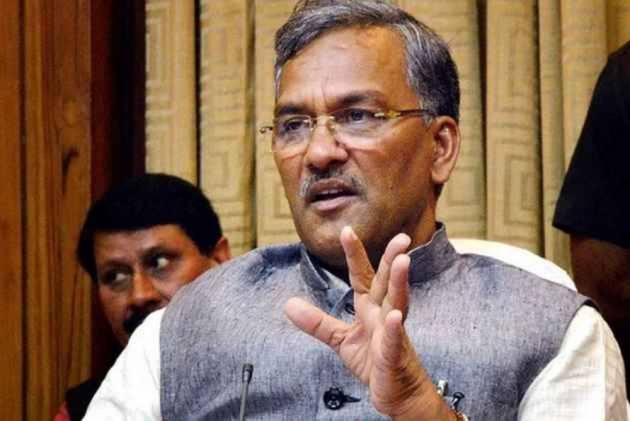 Uttarakhand Chief Minister Trivendra Singh Rawat Wednesday said the clean chit given by the Supreme Court to Amit Shah in the Sohrabuddin Sheikh encounter case proved that the BJP president was implicated in the case as part of a Congress sponsored conspiracy to finish him politically.

"The Supreme Court's clean chit to the BJP president is a slap on the Congress's face. It shows the lies the then Congress government had spread about Amit Shah to implicate him in the case," Rawat told reporters.

"It was said that he (Shah) had been sent out of the limits of Gujarat, whereas the fact was that he had opted to stay out of the state along with family to ensure that the CBI probe was not affected," he said.

Claiming that he had lived with Shah during his two-year stay away from Gujarat, Rawat said the BJP chief had utilised that time by travelling second class in trains through the length and breadth of the country to study its cultural diversity first hand.

The CBI at that time had said in court that it did not want to interrogate Shah but only arrest him, he said, adding that it was part of a Congress conspiracy to malign the then Narendra Modi government in Gujarat.

"The apex court's clean chit to our party president is a proof that the Congress, especially its then president Sonia Gandhi, used the CBI as a tool to finish him politically. However, finally, justice has been done by the court and we express our gratitude to it," the chief minister said.

Shaikh was killed in an alleged fake encounter on November 26, 2005 near Ahmedabad. His wife was killed three days later and her body was disposed of, the CBI said.

A year later, on December 27, 2006, Prajapati was also shot dead by Gujarat and Rajasthan police in an alleged fake encounter near Chapri on Gujarat-Rajasthan border.

The case was initially probed by the Gujarat CID before the CBI took over in 2010. The Supreme Court in 2013 directed that the trial be shifted to Mumbai from Gujarat on the central agency's request to ensure a fair trial.