The top court termed the Rs 10 crore compensation paid by Italy over and above the payment already made as 'reasonable and adequate'. 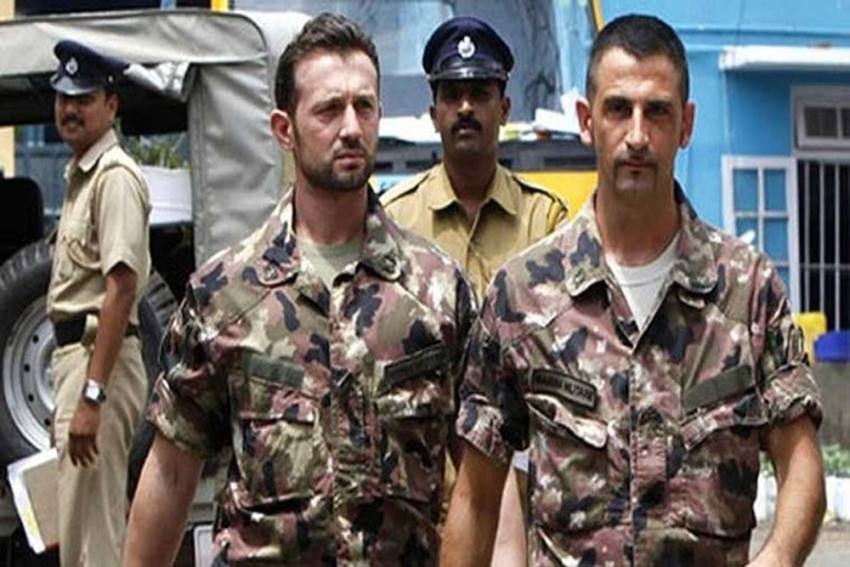 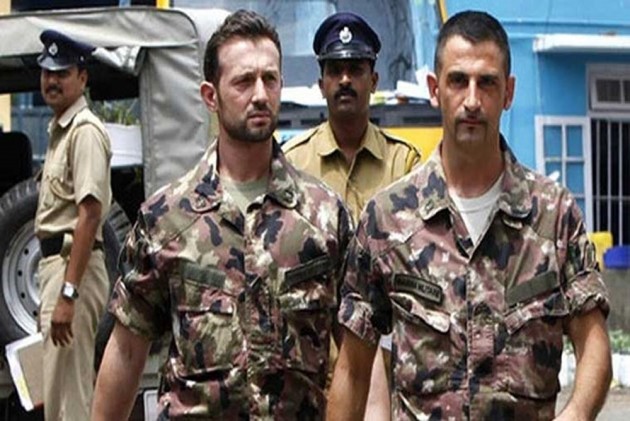 The Supreme Court has directed the closure of criminal proceedings in India against two Italian marines, accused of killing two fishermen off the Kerala coast in February 2012. The court asked the Kerala High Court to oversee the apportionment Rs 10 crore compensation to the heirs of the victim.

The top court termed the Rs 10 crore compensation paid by Italy over and above the payment already made as “reasonable and adequate”.

It said that out of the Rs 10 crore compensation, Rs 4 crore each shall be deposited in the name of heirs of two deceased Kerala fishermen and Rs 2 crore shall be given to owner of boat.

A vacation bench of Justices Indira Banerjee and M R Shah quashed the FIR and proceedings emanating from the case against the two Italian marines.

The bench said that as per the international arbitral award accepted by India, Italy shall resume further investigation in the case against the marines -- Massimilano Latorre and Salvatore Girone.

The top court that Rs 10 crore deposited in apex court’s registry shall be transferred to the Kerala High Court, which will make a fixed deposit of Rs 4 crore each in the name of heirs of the two deceased fishermen for some time.

The bench said that heirs of fishermen will be able to withdraw the interest amount during the period of fixed deposit of compensation money, so that the entire money is not misappropriated.

In February 2012, India had accused the two marines on board the MV Enrica Lexie -- an Italian flagged oil tanker -- of killing two Indian fishermen who were on a fishing vessel in India's Exclusive Economic Zone (EEZ).

On June 11, the top court had said that it would pass orders on the closure of proceedings in India against the Italian marines. Earlier, the top court was informed by the Kerala government that Rs 4 core each would be given to the heirs of two deceased fishermen and the rest Rs 2 core would be paid to the owner of the fishing vessel St. Antony on which the two were shot dead.

The top court had said that it was of the view that the compensation money be transferred to the Kerala High Court for disbursal and ensuring that the amount does not fritter away.

The Centre had informed the top court earlier that Italy has deposited Rs 10 crore with it over and above the ex-gratia paid earlier and the same has been deposited by the Union Ministry of External Affairs with the apex court's registry as directed.

“There was an award by International Tribunal, which we as a Nation have accepted. The agreement is among Republic of Italy, India and the Kerala government,” Solicitor General Tushar Mehta had said.

The dispute before the international tribunal was as to which country, Italy or India, has the jurisdiction to prosecute the marines and it was decided that both the nations have the “concurrent jurisdiction”, Mehta had said.

“But based on facts it was decided that India would not pursue the criminal case and proceedings would be started in Italy,” he had said.

The Centre has also told the top court that Italy has assured the Indian government that it would prosecute the marines there as per law and that maximum compensation will be ensured to the victims' family members.

The Centre had referred to the last year's ruling of the Permanent Court of Arbitration (PCA) at The Hague which held that India was entitled to get compensation in the case but can't prosecute the marines due to official immunity enjoyed by them.

It had said the arbitration under the United Nations Convention on the Law of Sea (UNCLOS), which was instituted on a request from Italy, has delivered its Award on May 21, 2020.

Latorre, who had suffered a brain stroke on August 31, 2014, was first granted bail and allowed by the apex court on September 12, 2014, to go to Italy for four months and after that, extensions have been granted to him.

In Italy, Latorre underwent heart surgery after which the top court granted him an extension of his stay in his native country.

On September 28, 2016, the apex court had allowed Latorre to remain in his country till the international arbitral tribunal decided the jurisdictional issue.

On May 26, 2016, Girone was also granted bail with certain conditions and allowed by the top court to go to his country till the jurisdictional issue was decided.

The complaint against the marines was lodged by Freddy, the owner of the fishing boat 'St Antony' in which two Kerala fishermen were killed when marines opened fire on them allegedly under the misconception that they were pirates.