The former Kolkata Police Commissioner Rajeev Kumar had sought setting up of a special bench to hear his request to extend the 7-day protection granted to him by it in the Saradha chit fund scam case. 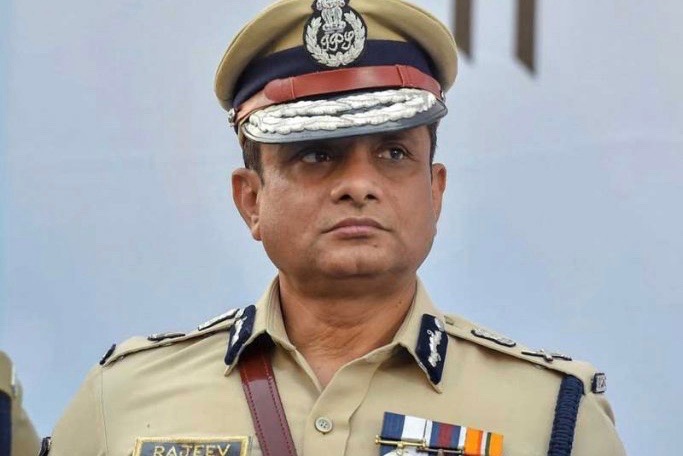 The Supreme Court on Tuesday turned down the plea of former Kolkata Police Commissioner Rajeev Kumar who had sought setting up of a special bench to hear his request to extend the 7-day protection granted to him by it in the Saradha chit fund scam case.

The Supreme Court registry informed Kumar's counsel that the matter cannot be listed this week.

Kumar's counsel had mentioned the matter for urgent listing before a vacation bench comprising Justices Indira Banerjee and Sanjiv Khanna and said that since lawyers in Kolkata are on strike, the protection granted to the IPS officer should be extended.

The counsel said due to the strike, Kumar was not able to move the competent court for seeking relief and hence, the protection granted to him be counted from the time the strike ends.

The court, however, told Kumar's counsel that since the earlier order was passed by a three-judge bench, it would be appropriate to approach the Registrar General of the apex court for setting up of a bench. The court told the counsel that CJI was the master of the roster.

The former Bengal officer moved the top court on Monday, after it last week withdrew protection granted to him from arrest earlier on February 5 in the Saradha case, but gave him a week to approach other courts for relief. His protection from arrest ends on Friday.

Kumar was recently removed by the Election Commission (EC) from the post of Additional Director General - Criminal Investigation Department (CID) West Bengal and attached to the Home Ministry.

The Central Bureau of Investigation (CBI) has accused Kumar of tampering with evidence in the Saradha case chit fund scam case to shield powerful politicians. Vacating its February 5 order, the top court on Saturday expressed concern over the manner in which the case had panned out.