For the 439 days that she has spent in prison, Sasikala is entitled to an ordinary remission of 129 days for good behaviour and also for not seeking frequent paroles, said her lawyer. 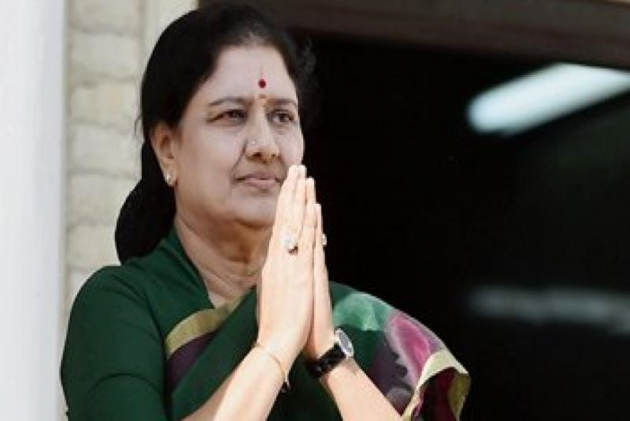 The speed with which the recent events in the ruling AIADMK unfolded, culminating in the announcement of Edappadi K. Palaniswami as the CM candidate for the 2021 Assembly elections, could also be attributed to one eagerly awaited event – the imminent release of Sasikala Natarajan from the Bangalore prison.

“If her remission of 129 days is taken into account she can walk out any time before the jail term officially ends on Jan 27, 2021. Unfortunately, that process is getting delayed in the Karnataka prisons department,” Raja Senthoor Pandian, Sasikala’s lawyer, told Outlook. For the 439 days that she has spent in prison, Sasikala is entitled to an ordinary remission of 129 days for good behaviour and also for not seeking frequent paroles he explained.

Asked about the fine amount of Rs. 10 crores that she has to pay before her release, the lawyer said that even that amount was ready to be deposited in the form of a Demand Draft. “It is not necessary that the money should come only from her account. Anyone who can explain the source of the money can draw the DD,” he pointed out. If the fine is not paid she is required to spend one more year in jail following her conviction in the disproportionate assets case where she was the second accused after Jayalalithaa.

The way the AIADMK suddenly fast-tracked the announcement of EPS with the total assent of Deputy CM O. Panneerselvam could also have been aimed at neutralising the likely influence of Jayalalithaa’s friend on AIADMK affairs. Talks of the merger of AIADMK with AMMK, the breakaway outfit being run by Sasikala’s nephew TTV Dhinkaran, and Sasikala taking over the unified entity with the blessings of the BJP were floated in the last week of September.

The party seniors saw this as a worrying signal and realised that any power struggle between EPS and OPS over the CM post would not only be debilitating for the party but could also be exploited by Sasikala and Dhinakaran. “We did not protect the party and the government for nearly four years to be handed over to Sasikala and Dhinakaran,” admitted a senior Minister. So a core group of senior leaders in the EPS and OPS camps worked nonstop to hammer out an agreement between the CM and his deputy. “OPS was quite gracious in openly endorsing the candidature of EPS. That gesture also sent out a loud message to the Sasikala family that his caste affinity (he and Sasikala are Thevars) could not be used to wean him away,” said Fisheries Minister D. Jayakumar.

Meanwhile continuing its crackdown on Sasikala and her relatives, the Income Tax department provisionally attached the Kodanad estate in Nilgiris district and Siruthavur bungalow outside Chennai belonging to V.K. Sasikala and her two relatives under the Prohibition of Benami Property Transactions Act. The properties, said to be currently valued at over Rs.2,000 crores, were cited by the trial court in the wealth case as purchased by Sasikala, her sister in law Elavarasi, and her nephew Sudhakaran using Jayalalithaa’s money. The IT notice attaching these properties also sent notices to Jayalalithaa’s legal heirs Deepak and Deepa probably to establish that they belonged to Jayalalithaa but were being held by Sasikala and her relatives as benamis.

Recently the IT department also attached an Rs.300 crore bungalow being built opposite Jayalalithaa’s Poes garden bungalow (now being converted into a memorial by the state government) saying it was benami property using a company as the front. However, Sasikala’s auditors had disputed this saying that Sasikala was a shareholder in Sri Harichandran Estates that owned the property. “How can a shareholder be the benami of a property purchased by the company,” asked her auditor. Sasikala was supposed to move into this bungalow after her release but since work on its construction has stopped she has to reside elsewhere now.

In September the IT department had attached 65 properties acquired by Sasikala and her relatives during 2003-05 after it found tax evasion to the tune of Rs.1,430 crores. In 2019, the department also attached properties bought by her using currency notes demonetized by the Union government in 2016.

The series of actions by the IT department against Sasikala and her family members in proof that the BJP would not like her family to re-establish its stranglehold on the AIADMK and re-emerge as a major player in the state ahead of the Assembly elections. “The public was being misled that the Modi government would somehow accommodate the Sasikala family, but these continuing raids have proved otherwise,” inferred political analyst Raveentharan Thuraisamy.