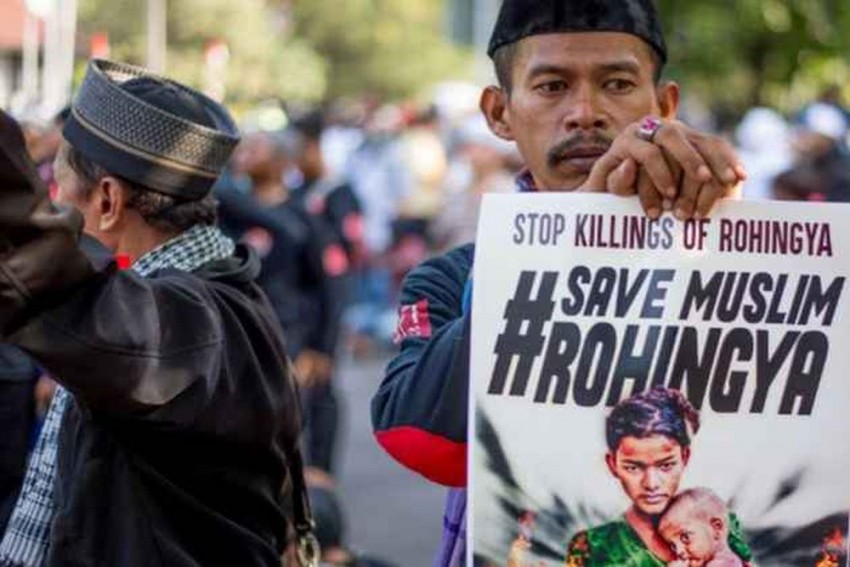 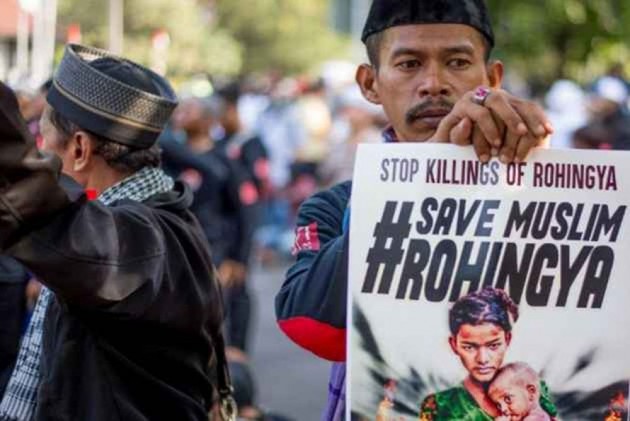 Ministry of External Affairs of India and Bangladesh held a meeting on Friday to discuss ties between the two countries as they prepare for expediting safe and sustainable repatriation of the Rohingya refugees.

During the fifth meeting of the India-Bangladesh Joint Consultative Commission (JCC), External Affairs Minister Sushma Swaraj assured her Bangladeshi counterpart A K Abdul Momen of India's continued support for safe, speedy and sustainable return of the displaced persons to Myanmar.

The two sides also inked three pacts, including in the areas of health services and training of civil servants.

The ministers discussed the gamut of bilateral issues of mutual interest and reviewed ongoing cooperation, including the implementation of decisions taken during the visits of Prime Minister Narendra Modi and Prime Minister Sheikh Hasina, the statement said.

They also expressed satisfaction that both countries are working closer than ever before in every sector, ranging from security and border management to mutually-beneficial trade and investment flows, power and energy, river water sharing, development partnership, transport connectivity, culture and people-to-people contacts.

They also welcomed the broadening of ties in areas such as space, nuclear energy, IT and electronics.

"Foreign Minister A K Abdul Momen conveyed the gratitude of Government of Bangladesh for the humanitarian assistance provided by India in four tranches since September 2017 to help meet the requirements of the displaced persons from Myanmar. The two ministers agreed on the need to expedite safe and sustainable repatriation of the displaced people from Rakhine State of Myanmar," the statement said.

India has been calling on Myanmar to implement the accord it signed with Bangladesh -- Rohingya repatriation agreement -- that involves return of the refugees to Myanmar.

The three MoUs signed were on mid-career training of 1,800 Bangladeshi civil servants, another between AYUSH Ministry and the Ministry of Health of Bangladesh on cooperation in the field of medicinal plants and the third between the Anti-Corruption Commission of Bangladesh and Central Bureau of Investigation of India.

An MoU was also signed between Hiranandani Group and Bangladesh Economic Zones Authority to facilitate investments in the Indian Economic Zone in Mongla.