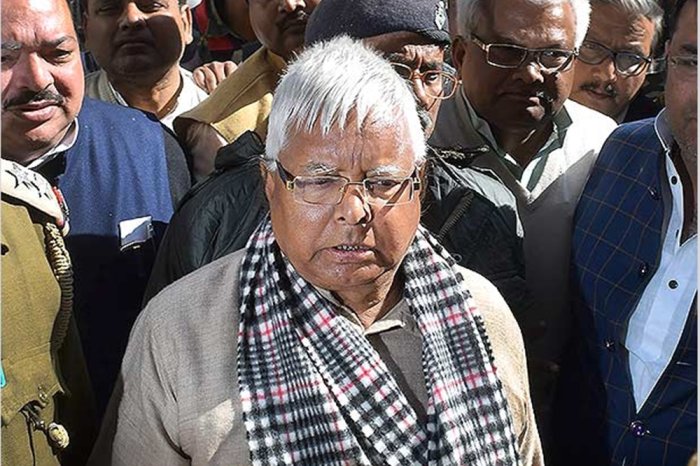 The Jharkhand High Court on Saturday granted bail to jailed Rashtriya Janata Dal leader Lalu Yadav in a case related to a fodder scam, paving way for his release from jail.

The bail was allowed to Prasad by Justice Aparesh Kumar Singh.

The court directed him neither to leave the country without permission nor change his address and mobile number during the bail period.

Lalu was serving his sentence for the past year in relation to the Dumka Treasury case. The RJD supremo was convicted of withdrawing Rs 3.13 crore from the treasury. The former chief minister was convicted in four cases related to the fodder scam. He had been granted bail in the other three cases.

According to Lalu’s lawyer, a hearing of his bail plea will be conducted virtually due to Covid concerns.

Currently being treated at AIIMS hospital in Delhi, the septuagenarian RJD supremo was airlifted to AIIMS New Delhi in January last in view of his bad health.

Now, after getting bail in the Dumka Treasury case too, he no longer needs to remain in jail.