Children who are born after 2007 January are eligible for the vaccination and the doses will be administered upon showing any of the photo ID cards, said Rajasthan Health Secretary, Vaibhav Galriya. 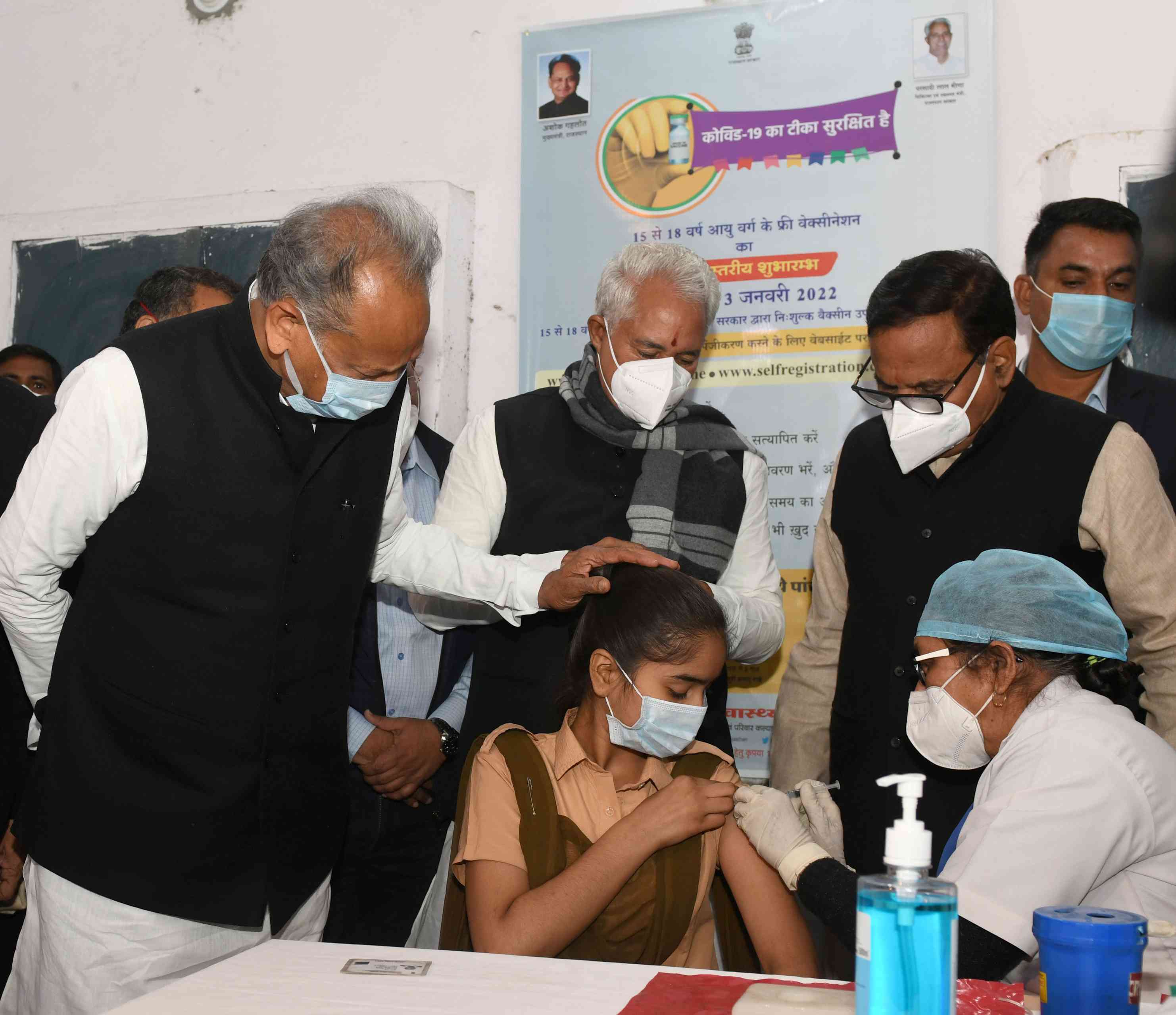 According to the health department, around 53. 15 lakh children are eligible for vaccines in the state. "There are around 3456 vaccination centres across Rajasthan and we are making immense awareness to convince parents to bring their wards for the vaccination. Only vaccination can save lives in these difficult times", Health minister Prasadi Lal Meena told Media.

According to the Rajasthan health secretary, Vaibhav Galriya children who are born after 2007 January are eligible for the vaccination and the doses will be administered upon showing any of the photo ID cards including school ID, Aadhar card or election card.

In wake of the increase in the Covid-19 cases, the Rajasthan government has come up with a fresh set of guidelines which stated the closure of schools in Jaipur city, putting a cap on the number of people attending political rallies, dharnas, fairs/festivals.

Schools from class 1-8th have been shut down and the number of people participating in a wedding or any public gathering, should not exceed 100, says the guideline issued by the home department.

According to the department, so far 8,964 people have died in the state due to the disease while 2,084 Covid patients are under treatment in the state.

According to the guidelines, a maximum of 100 people will be allowed in marriage functions, public, political, social or educational meetings and processions, dharnas, fairs and such events. Schools for classes 1 to 8 will be closed in Jaipur from January 3 to 9, while the other restrictions are applicable for the entire Rajasthan and will come into force from 5 am on January 7, mentions the guidelines issued by the home department.

The international travellers will have to undergo mandatory RT-PCR tests upon entering in Rajasthan and will have to be in institutional or home quarantine for seven days till test reports come negative for the virus, says the guidelines. Moreover for domestic travellers arriving in Rajasthan, it will be mandatory for them to produce double vaccine certificates or RT-PCR negative test reports not older than 72 hours, stated the guidelines.