The BJP national general secretary also alleged that some of the farmer leaders were agitating against the farm laws with the support of the Congress and other parties. 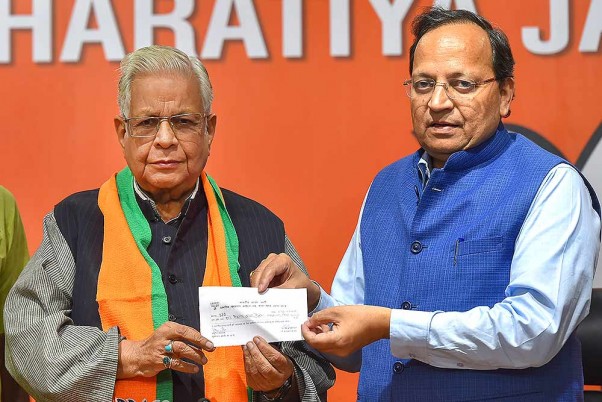 BJP national general secretary and Rajasthan in-charge Arun Singh on Sunday rejected reports of friction in the BJP state unit and said there may be differences of opinion among party workers, but there's no factionalism.

Addressing a press conference at the party office, Singh noted, “We are one with differences of opinion.”

On the party’s chief ministerial candidate for the state assembly polls 2023, Singh explained that a decision in this regard will be taken by the BJP’s parliamentary board.

He said several leaders will be made “CM by social media”, but it is for the parliamentary board to decide the CM face.

“How can this be possible as Gehlot has in the past ordered an inquiry against Raje?” he asked.

Targeting the Congress, Singh said it is a “confused party” with “confused leaders”.

He said the Congress was creating hurdles in the growth of farmers by opposing the Centre’s new farm laws, adding that the peasants will not forgive the party.

The BJP national general secretary also alleged that some of the farmer leaders were agitating against the farm laws with the support of Congress and other parties.

“Congress is a confused party. Rahul Gandhi had on December 23 asked when would Covid-19 vaccines arrive, but later Congress leader Shashi Tharoor and others questioned the efficacy of the vaccines,” he said.

“Similarly, Rahul Gandhi had sought to know from the Modi government in May last year regarding lifting the lockdown, but Congress chief ministers in Punjab and Rajasthan extended the lockdown,” Singh said.

The BJP leader also targeted the Ashok Gehlot-led government for failing to deliver on all fronts.

“The state has the highest crime rate against women. The highest fuel prices in the country are also in Rajasthan,” he added.