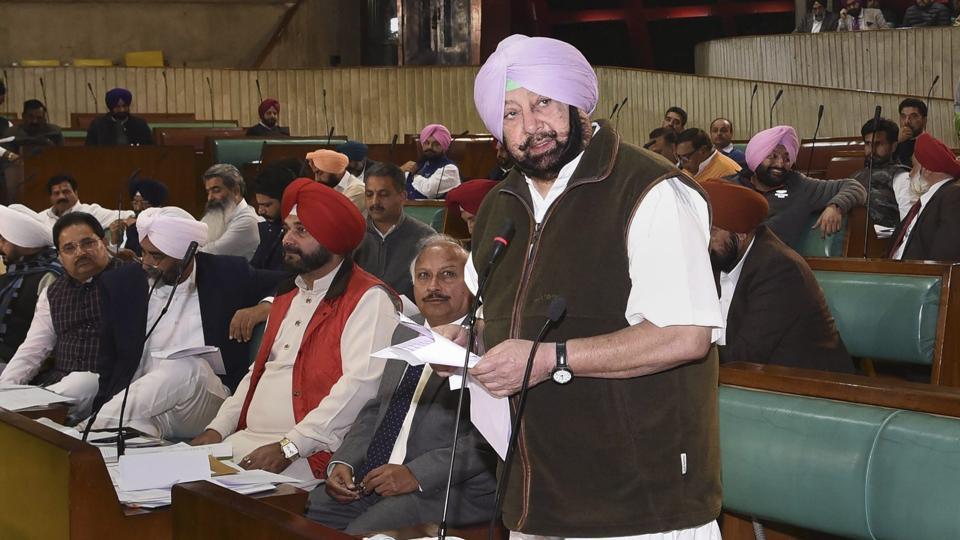 Amid vociferous opposition, the Punjab Assembly on Thursday passed a legislation excluding six ruling Congress MLAs appointed as the advisers to the chief minister from the office-of-profit category.

The Punjab State Legislature (Prevention of Disqualification) Amendment Bill, 2019, was presented in the House by Punjab minister Brahm Mohindra on the concluding day of the special session of the Vidhan Sabha. CM Amarinder Singh was not present in the House.

Five of them were given the status of a cabinet minister while the sixth legislator was given the rank of the minister of state.

Tarsem Singh DC was given the designation of the adviser (planning) with the rank of the minister of state.

After the Bill was presented, the Leader of the Opposition and AAP MLA Harpal Singh Cheema criticised the state government, saying the move violated provisions of the Constitution and put additional burden on the exchequer.

Demanding the withdrawal of the Bill, Cheema said how would the state government bear the financial burden on account of these appointments when it had "no money" to fulfil its poll promises and pay pending dearness allowance of its employees.

After raising slogans against the government, members of the Aam Aadmi Party (AAP) staged a walkout in protest against the legislation.

Akali leader Parminder Singh Dhindsa, who also opposed to the law, said it was against the 91st amendment to the Constitution, which states that the total number of ministers should not exceed 15 per cent of the total strength of the state assembly.

"The state government brought this law to make its favourites happy. If they are so capable, then the government should have made them ministers," said Dhindsa, demanding the withdrawal of the Bill.

He further said the legislation was not "legally tenable".

Lok Insaaf Party MLA Simarjeet Singh Bains also chastised the state government, pointing out that the state had a debt burden of Rs 2.50 lakh crore and was unable to pay salary to its employees.

Facing the heat, Congress MLA Amrinder Singh Raja Warring, who has also been appointed as an adviser to the CM, rose from his seat said there would be no burden of the move on the exchequer.

"If there is a burden in future, I will never return to this assembly," said Warring, accusing the opposition of trying to hog the limelight.

Lashing out at the AAP, Warring said the party MLAs availed the facility of car and gunmen after it came to power in Delhi despite the fact they had been opposing the same earlier.

He also targeted the SAD members, saying they had spent a huge sum of money on choppers during their regime.

He also entered a heated argument with Lok Insaf Party MLAs Simarjeet Singh Bains and Balvinder Singh Bains, saying both brothers had taken around Rs 34 lakh in reimbursement from the state government.

The House was adjourned sine die after a heated argument between Warring and the Bains brothers.