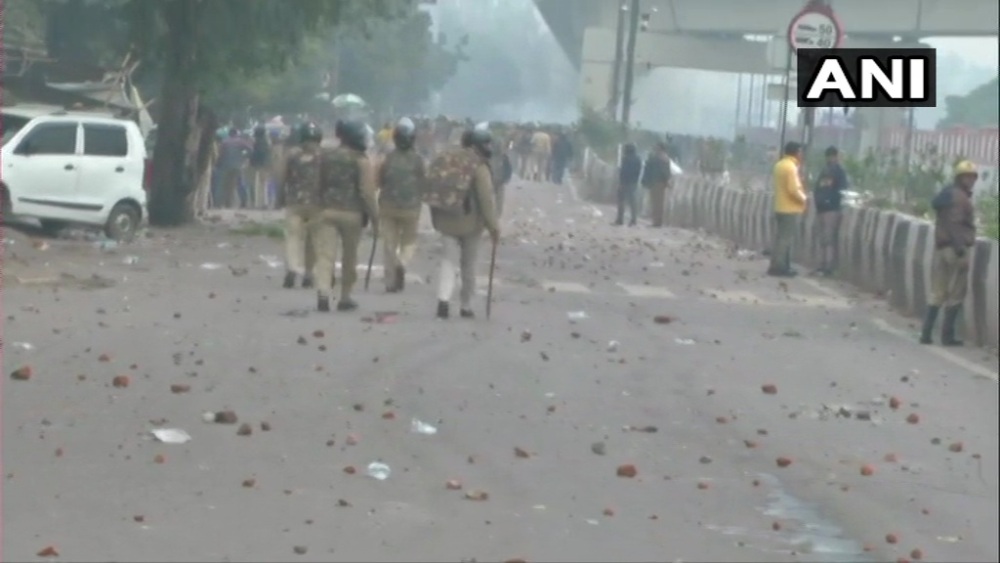 Protests against the Citizenship law turned violent when protesters clashed with police in Northeast Delhi's Seelampur on Tuesday.

Protesters demanding the scrapping of the amended citizenship law torched a police post and hurled stones at police. Several motor-bikes and buses were also damaged.

Police resorted to baton charges and fired tear gas shells to disperse the protesters. Plumes of smoke billowed from at least two localities.

Police said two bikes of traffic cops were also burnt by the demonstrators. A large number of policemen were deployed following the violence.

A Deputy Commissioner of Police was injured in the clashes.  According to reports, DCP, Shahadra, Amit Sharma was hit on the head by a stone.

Several others were also injured in the clashes with the police. They have been admitted to the hospital.

With the situation turning worse, the police rushed five additional companies at the spot to help control the situation.

Police said the protesters were marching from Seelampur towards Jafrabad. Clashes erupted between police and protesters at Seelampur Chowk when the security personnel tried to stop them from moving ahead.

According to a senior police officer, the protest began at around 12 pm. The protesters raised slogans against the new law as well as the National Register of Citizens (NRC).

The clashes erupted two days after violence broke out during a protest in the New Friends area in South Delhi near Jamia Millia Islamia.