PM Modi said there is a need to 'expose activities of Pakistan at the international level'. 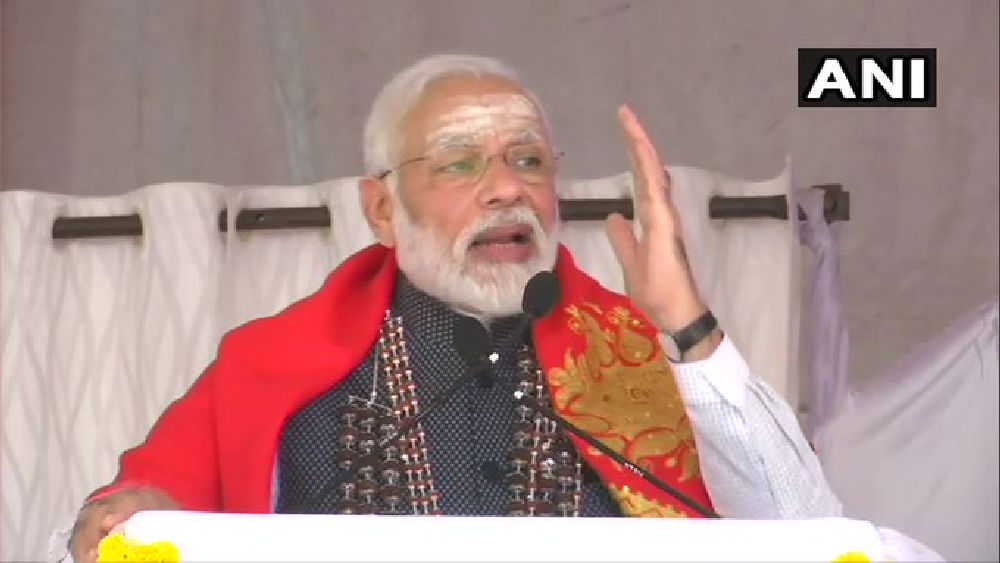 Prime Minister Narendra Modi on Thursday said the Congress and its allies are holding take out rallies against the refugees, who were forced to come to India, instead of speaking against Pakistan.

"Pakistan was founded on the basis of religion. Religious minorities were being persecuted there. The persecuted were forced to come to India as refugees. But the Congress party and its allies do not speak against Pakistan. Instead, they are taking out rallies against these refugees," said Prime Minister Modi at Sree Siddaganga Mutt in Karnataka.

PM Modi said there is a need to "expose activities of Pakistan at the international level".

Referring to those protesting against Citizenship Amendment Act, PM Modi said, "If you have to agitate, raise your voice against Pakistan's actions in the last 70 years."

Strongly defending the CAA, he said it was adopted by Parliament in a historic move, but that the Congress and its allies and the ecosystem created by his party's rival were now
against the very institution.

He said India cannot leave the Hindus, Christians and Sikhs apparently fleeing Pakistan to "their fate" and added it was the country's responsibility to protect them.

Modi pointed out that the efforts are especially to protect the Dalits and tribals in Pakistan.

The Prime Minister also pointed out that the abrogation of Article 370 was a step towards ending terrorism and uncertainty in Jammu and Kashmir.

Giriraj Singh Wants Bhagavad Gita To be Taught In Schools: Here's Why