The Mahan Dal claims support from the OBC voters of western UP, especially Shakyas, Mauryas and Kushwahas. 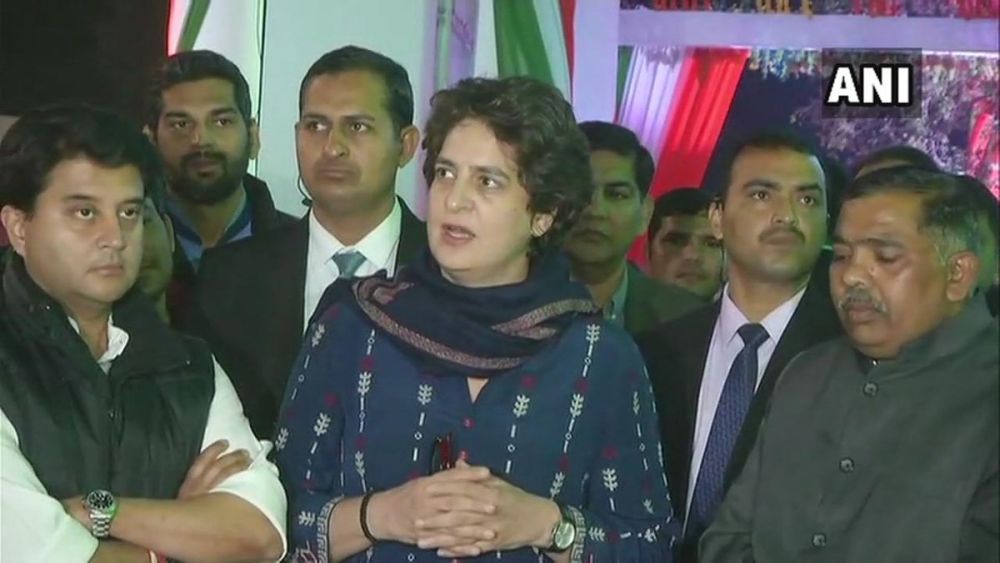 The Congress Wednesday roped in a little known local outfit, Mahan Dal, in an alliance in Uttar Pradesh for the Lok Sabha polls.

The announcement was made in the presence of Priyanka Gandhi Vadra, the newly appointed Congress general secretary for east Uttar Pradesh.

Jyotiraditya Scindia, another general secretary of the Congress looking after western UP, and Keshav Dev Maurya of Mahan Dal announced the alliance at the state Congress office.

"I welcome Keshav Maurya ji. We will fight the elections jointly. Rahul ji has given us the task of creating a political atmosphere in which everyone is taken along and all sections of the society are represented," Priyanka said.

The Mahan Dal had joined the Congress-led United Progressive Alliance in 2014.

In western Uttar Pradesh, the Mahan Dal contested from three Lok Sabha constituencies - Badaun, Nagina and Etah, though it lost all.

The Mahan Dal claims support from the OBC voters of western UP, especially Shakyas, Mauryas and Kushwahas.

Man Bites Man For Objecting To Assault On Dog