Five policemen including an inspector were injured, when members of the Shakya community held a puja at the site and pelted stones at policemen, when they reached there to remove the statue. 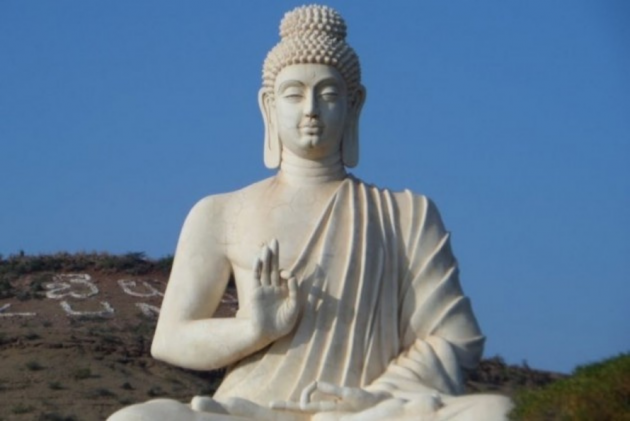 The police has removed the statue of Lord Buddha in Uttar Pradesh’s Kannuaj amidst stone pelting from protestors on Thursday night, officials said on Friday.

The statue installed at trisection in Kannuaj was removed amidst heavy deployment of police and Provincial Armed Constabulary (PAC) personnel, said officials.

The statue was removed late on Thursday night, the police officials said.

Earlier on Thursday, five policemen, including an inspector, were injured in stone pelting by a group of people who opposed the removal of the statue installed at the Saurikh trisection in Chhibramau area.

District Magistrate Rakesh Kumar Misra held a meeting with officials of Chhibramau Kotwali and people's representatives late on Thursday night and it was decided to remove the statue, the police said.

Policemen were deployed in large numbers at the trisection and PAC personnel were called from different districts. The work to remove the statue began around 2 am and continued till 4 am. The statue has been kept safely at Buddha Vihar by the administration, they said.

Three FIRs have been lodged against 45 people at Chhibramau police station in connection with the incident, he said.

In addition to the police force, drone cameras have been deployed to monitor the situation at the trisection, he added.

The statue was installed at the trisection on Tuesday night. On Wednesday, members of the Kshatriya community gathered at the spot, demanding its removal.

Police convinced them to clear the road and tried to remove the statue but could not do it as it was fixed with concrete and cement.

On Thursday morning, according to police, members of the Shakya community held a puja at the site and pelted stones at policemen when they reached there to remove the statue. Police resorted to lathi-charge to disperse the crowd. (With PTI inputs)