RuPay card scheme was launched in 2012 to fulfil the Reserve Bank of India's vision to have a domestic, open and multilateral system of payments. RuPay facilitates electronic payment at all Indian banks and financial institutions. 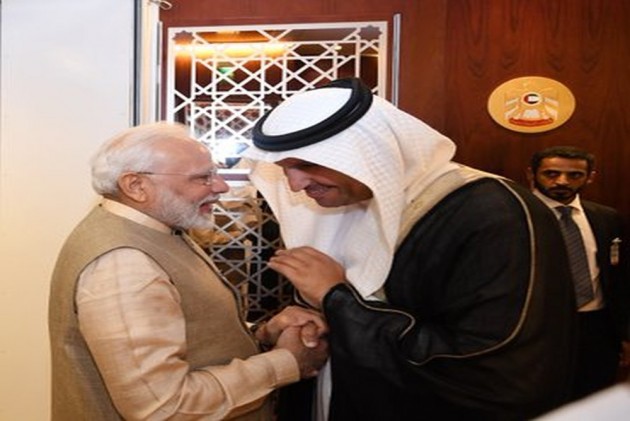 Prime Minister Narendra Modi on Saturday launched the RuPay card in Abu Dhabi, making the UAE the first country in the Middle East to launch the Indian indigenous system of electronic payment.

RuPay card scheme was launched in 2012 to fulfil the Reserve Bank of India's vision to have a domestic, open and multilateral system of payments. RuPay facilitates electronic payment at all Indian banks and financial institutions.

India has already launched the RuPay card in Singapore and Bhutan.

"Bringing economies of India & UAE together @RuPay_npci card was officially launched in UAE in presence of PM @narendramodi. UAE is the first country in the Gulf where Indian RuPay card has been launched. Many business groups from the UAE have pledged to accept RuPay payment," Ministry of External Affairs spokesperson Raveesh Kumar tweeted.

Earlier this week, Navdeep Singh Suri, the Indian Ambassador to the UAE, said, "The UAE is the largest and most vibrant business hub in the region. It hosts the largest Indian community, receives the largest number of Indian tourists and has the largest trade with India. By becoming the first country in the region to introduce the RuPay card, we expect that each of these elements of tourism, trade and the Indian diaspora will benefit."

There has also been a sizable inflow of investment from India to the UAE in free zones like Jebel Ali in Dubai, Hamriyah free in Sharjah and Ras Al Khaimah and also in sectors ranging from manufacturing and real estate to trade and services.

Modi reached UAE capital Abu Dhabi from Paris on Friday on the second leg of his three-nation tour to France, UAE and Bahrain.