Officials said PM Modi has contributed to many public causes and these donations have now exceeded Rs 103 crores. 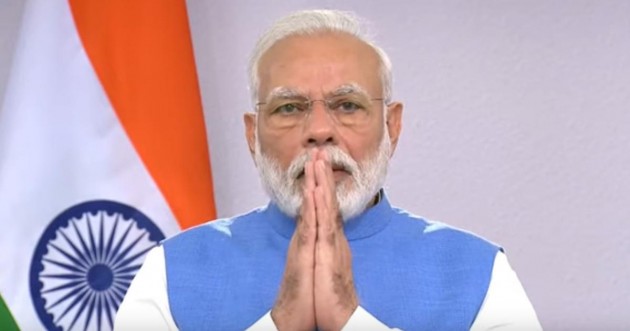 Prime Minister Narendra Modi donated Rs 2.25 lakh as the initial corpus to the PM CARES Fund which was set up in the wake of Coronavirus outbreak to  support relief of any kind relating to a public health emergency or any other kind of emergency, calamity or distress, sources said on Thursday.

According to the sources quoted by news agency PTI, the Prime Minister's donations to a number of public causes, ranging from girl child education to the cleaning of Ganga, from his savings and the proceeds of auctions of the gifts he received exceed Rs 103 crore.

The PM CARES Fund, set up in March, received Rs 3,076.62 crore in just five days of its formation, as per an account statement made public on Wednesday.

Highlighting Modi's donations to public causes, sources noted that he gave Rs 21 lakh in 2019 from his personal savings to the corpus fund set up for the welfare of sanitation workers of Kumbh Mela.

On Wednesday, former Finance Minister P. Chidambaram took to Twitter to question the sources of donations made to PM CARES fund. In a series of tweets, the senior Congress leader asked why “the names of these generous donors will not be revealed”.

The PM CARES fund has found itself in the middle of the storm right from its inception for unaccounted donations. In June, the PMO rejected an RTI application seeking details of donations stating that the "Fund is not a public authority under RTI Act".