A number of agreements were signed between India and Germany signifying their broad-based ties. 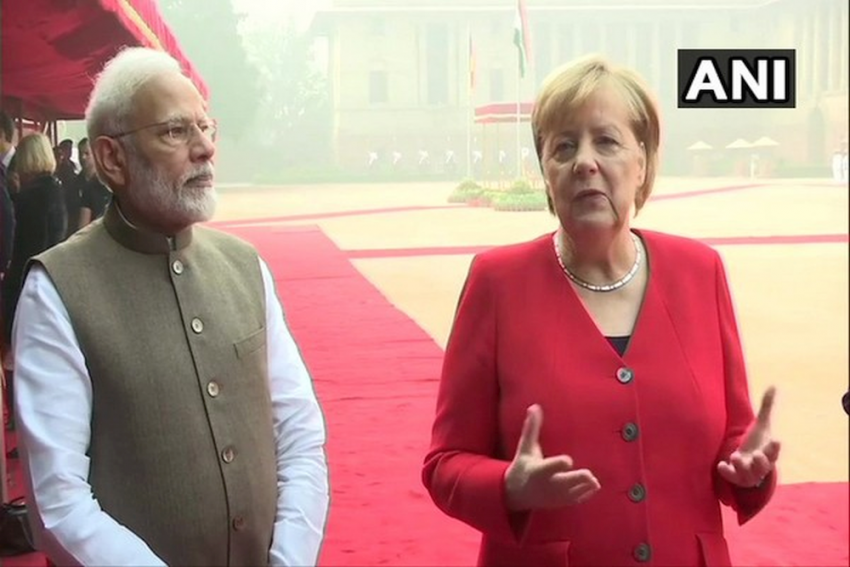 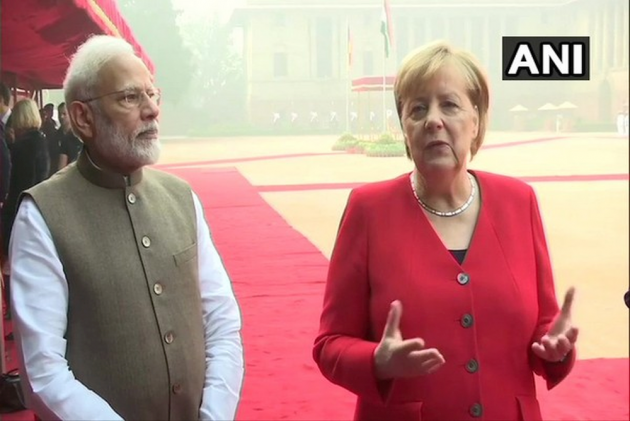 Merkel, who arrived here on Thursday night, was received by Prime Minister Modi this morning at the Rashtrapati Bhavan where she was accorded a ceremonial welcome.

Merkel offered a wreath at Mahatma Gandhi's samadhi at Rajghat.

Modi and Merkel then met at the Hyderabad House for the Consultations.

The IGC is a unique broad-format dialogue chaired by both leaders with members of Cabinet participating from the two sides, Ministry of External Affairs spokesperson Raveesh Kumar tweeted along with photographs of the two leaders at the Hyderabad House.

Speaking to reporters at the Rashtrapati Bhavan earlier with Prime Minister Modi by her side, Merkel said a number of agreements will be signed between India and Germany signifying their broad-based ties and the "very close" relationship between the two countries.

"Germany-India are linked by very close ties. We will have discussions on issues of mutual interest. We also have the opportunity of signing a number of MoUs and agreements that shows that we have a very broad-based and deep relationship," Merkel said.

Germany and India have been cooperating for many years and will build on this cooperation in future, the German chancellor said.

"This is a very close relationship. We have great respect for this vast country and its diversity," she added.