'Please, Release My Father', Daughter Of Kidnapped Commando Pleads To Naxals In Video

The family of Commando Rakeshwar Singh Minhas is in deep shock after the news of the deadly ambush on Saturday and his disappearance broke out. 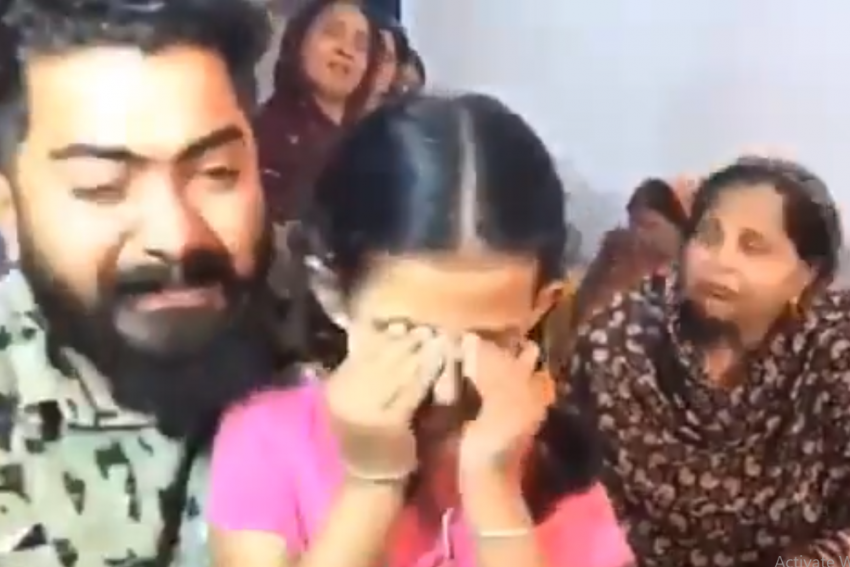 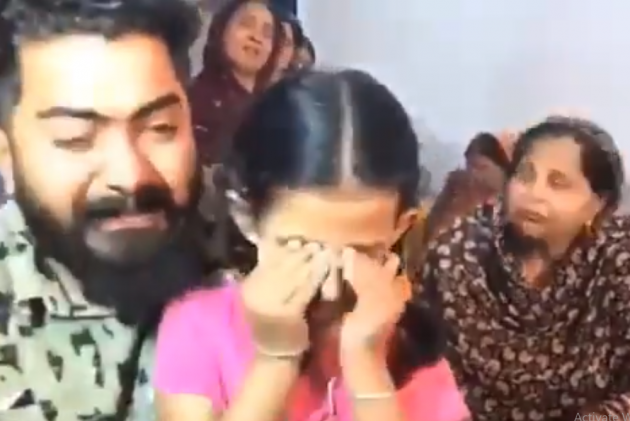 All that a sobbing five-year-old Shragvi could utter was, "Please, release my father”. She is the daughter of a CoBRA commando held hostage by Naxals after an ambush in Chhattisgarh.

The family of Commando Rakeshwar Singh Minhas was in deep shock after the news of the deadly ambush on Saturday and his disappearance broke out.

At least 22 security personnel were killed in the attack on the CoBRA battalion of CRPF by the Naxals who claimed that they had abducted Minhas after the ambush.

"We came to know about the attack and that he went missing during action from news channels. Nobody from the government or the CRPF informed us about the incident," Meenu, the wife of Minhas, told reporters at her residence in Barnai area on Jammu-Akhnoor road.

She said she made frantic efforts to reach out to the CRPF headquarters in Jammu to know the whereabouts of Minhas. "I was told that there is nothing we can share with you. Once we get a clear picture, we will come to you," Meenu said as having been told by the CRPF officers.

With her daughter in her lap who also pleaded for the safe return of her father, she said an officer also visited her house and repeated the assurance.

She said Minhas had not picked up the phone since "we talked for the last time" on Friday at 9.30 pm when he was leaving for duty.

Meenu said it was the government's duty to ensure his safe return to his family.

"My husband served the country for the last 10 years and now it is the turn of the government to ensure that he returns to us hale and hearty," she said surrounded by relatives who were there to support the family through the ordeal.

"Minhas joined the CRPF in 2011 and he has been serving the nation for the last 10 years. He was transferred to Chhattisgarh only three months back from Assam," she said, holding back her tears.

"I got a telephone call from a person who introduced himself as a local reporter from Chhattisgarh. He wanted me to send a picture of my husband along with an appeal to the Naxals," Meenu said.

However, she did not respond to his calls after discussing the matter with her family.

Meenu appealed to Lt Governor Manoj Sinha to take up the matter with the Union government and urge the prime minister and home minister for his safe return.