Keshav Chandra fought all odds and emerged a winner by scoring 96.5 per cent. 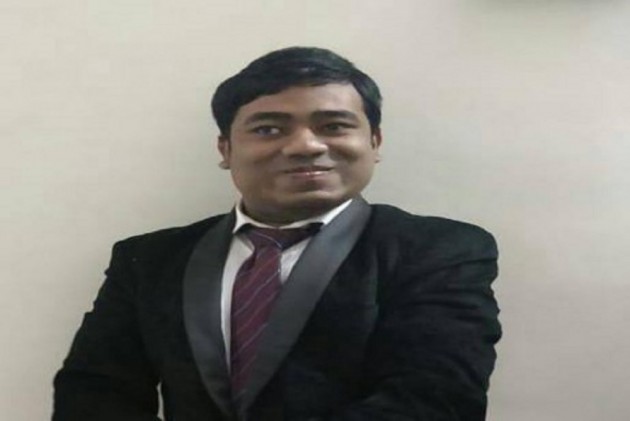 Keshav Chandra, a paraplegic student topped legal studies in CBSE Class 12 with 100 per cent marks. He can barely walk or speak, but his disabilities could not stop him from becoming India’s topper in legal studies. He scored 96 per cent in English, 95 in Political Science and 95 per cent in Sociology. He owes his success to his parents.

Keshav says that he was expecting around 80 per cent marks. He had to put in eight hours every day for his studies. His favourite subject in legal studies and he wants to be the Chief Justice of India. He wants to join St Stephens College and then do a law course. He says that those appearing for the board exams next year can get good marks only if they have the determination in them.

Another student with a disability, Lavannya Balkrishnan emerged as CBSE Class 12 topper in special needs category. When she was in Class VI Lavannya lost her hearing ability due to a bout of chicken pox. She scored 489 out of 500 with 100 per cent marks in Political Science and 99 each in Sociology, Home Science and painting. She scored 92 in English core. She said she stayed miles away from mobile phones and social networking. During her leisure hours, she played the tabla and listened to music. In a word of advice to the students who will be appearing for board exams should stay away from mobile phone because that is a big distraction

The pass percentage of the CBSE Class 12 results jumped by 0.31 per cent this year and stood at 83.4 per cent. The top three performing regions are Thiruvananthapuram with 98.2 per cent, Chennai region with 92.93 per cent and New Delhi with 91.87 per cent.

Hansika Shukla from Delhi Public School in Ghaziabad and Karishma Arora from Muzaffarnagar's SD Public School emerged as the national toppers with a score of 499 out of 500.

"I am happy to say girls have done better than boys by a whopping 9 per cent. 88.70 per cent of girls and 79.4 per cent boys passed the examination," said Anita Karwal, Chairperson of CBSE.

"Out of 18 top performers in the country, 11 are the girls," she added. In the specially-abled category, as many as 36 students received more than 95 per cent in the examination, with Lavanya Balakrishnan from Gurgaon emerging as the national topper in this category.