Police officials also said the surveillance team was scanning over 500 mobile phones and efforts were on to retrieve information pertaining to Dubey. 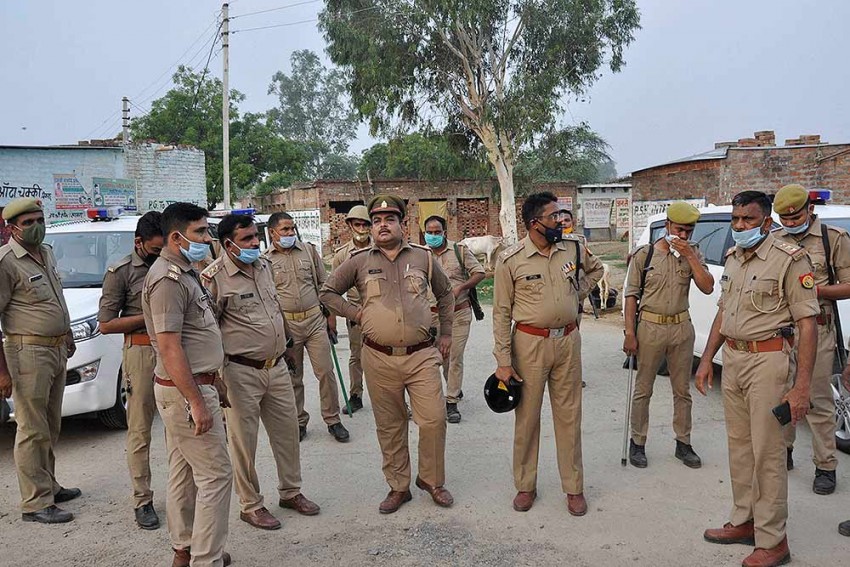 A police personnel at the Bikhru village after an encounter with the criminals, under Chaubey Pur Police Station in Kanpur.
PTI Photo
PTI 2020-07-04T14:22:24+05:30 Over 25 UP Police Teams Formed To Nab Vikas Dubey After 8 Cops Gunned Down 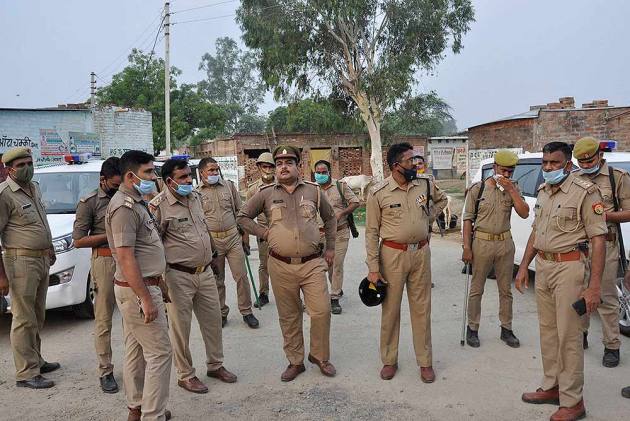 More than 25 teams have been formed by the UP Police to nab history-sheeter Vikas Dubey who was yet to be apprehended 36 hours after eight police personnel were gunned down by criminals during an attempt to arrest him.

Inspector General of Police, Kanpur, Mohit Agarwal on Saturday told PTI, "To nab Vikas Dubey and his accomplices, as many as 25 teams have been formed which are conducting raids in different districts of the state and other states as well."

Police officials also said the surveillance team was scanning over 500 mobile phones and efforts were on to retrieve information pertaining to Dubey, who has faced about 60 criminal cases.

The Special Task Force of UP Police has also been roped in.

Agarwal said a cash reward of Rs 50,000 has been announced for providing information about Dubey and the identity of the information provider will be kept secret.

He also said seven policemen, who were injured in the encounter, have been admitted to a private hospital where their condition is stable.

Uttar Pradesh Chief Minister Yogi Adityanath rushed to Kanpur on Friday to meet the family members of the slain policemen and announced financial assistance of Rs one crore each to the bereaved families.

Eight police personnel, including a DSP, were gunned down in a village near the city by the henchmen of a criminal who lost two of them in a firefight later, officials said.

Seven others, including a civilian, were injured in the attack from a rooftop on a police team after it entered Bikru village past Thursday midnight to arrest Dubey.

The attackers fled, snatching weapons from the dead and the wounded policemen.

Promising that those behind the heinous crime will not be let off, the chief minister said a government job would be given to a member of each of the bereaved families besides extraordinary pension.

Stressing that the government was with the families, Adityanath said it would work to ensure that justice was done and those behind the crime were punished as per the law.

"Some of the weapons which the miscreants had fled with have been recovered. None of those responsible for this heinous act will be let off and the sacrifice of the slain policemen will not be allowed to go in vain. The brave jawans were killed while they had gone for carrying out a raid as part of their duty," he said.