The Ministry of External Affairs spokesperson Raveesh Kumar, in a statement, said India had repeatedly asked Pakistan to abide by the 2003 ceasefire understanding and maintain peace and tranquillity along LoC. 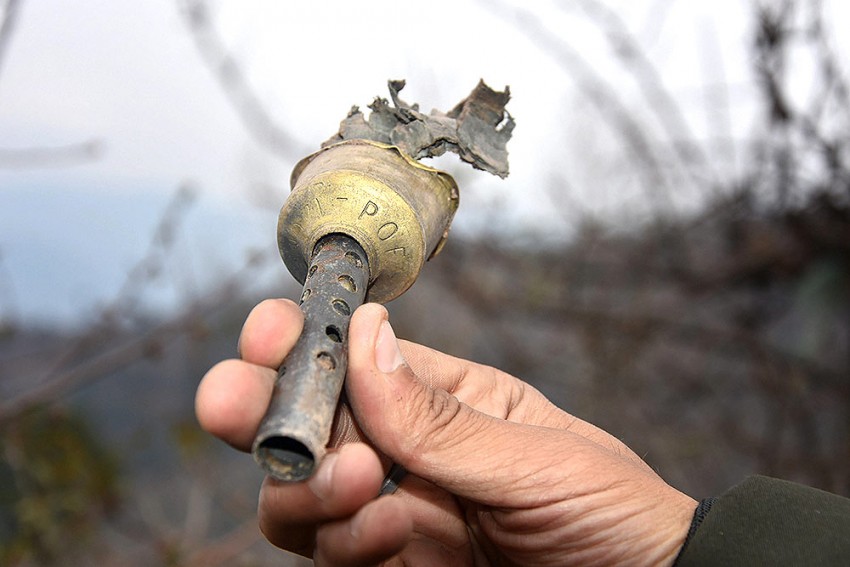 A villager shows a part of a mortar shell fired from the Pakistani side at Mendhar in Poonch district. (Image used for representational purpose only)
Outlook Web Bureau 2019-09-15T14:13:36+05:30 Over 2,050 Unprovoked Ceasefire Violations, Stop Targetting Civilians: India Tells Pakistan 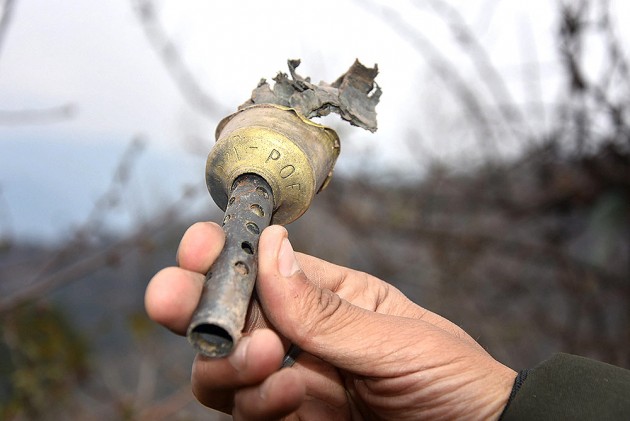 India on Sunday said there had been more than 2,050 instances of unprovoked ceasefire violations from the Pakistani side so far this year in which 21 Indians had died.

The Ministry of External Affairs spokesperson Raveesh Kumar, in a statement, said India had repeatedly asked Pakistan to abide by the 2003 ceasefire understanding and maintain peace and tranquillity along the Line of Control and the International Border.

He also said that India has highlighted its concerns at the unprovoked ceasefire violations by Pakistan forces, including in support of cross border terrorist infiltration, and targeting of Indian civilians and border posts by them.

The statement comes as the Pakistan Army retrieved the bodies of two of its Punjabi soldiers killed by the Indian Army at the LoC after raising the white flag.

The bodies were retrieved by Pakistan on September 13 following two days of unsuccessful attempts. An Army official said all attempts by Pakistan to take the bodies by force had been foiled.

However, the bodies of five Border Action Team (BAT) Special Services Group commandos killed during an infiltration attempt in the last week of July in the Keran sector of Jammu and Kashmir, still lie unclaimed by Pakistan.

On Saturday, the Commander of Army's Northern Command, Lieutenant General Ranbir Singh, reviewed security preparedness along the LoC in the light of the military threat from Pakistan. Earlier, Army chief General Bipin Rawat had also visited the valley to review India's preparedness at the LoC.

In the first week of September, Pakistan moved a brigade-sized force to a location 30km away from the LoC within its own territory as was reported by the Army quoting intel sources.