The nominations were announced by Priyanka Chopra Jonas and her pop star husband Nick Jonas from London. 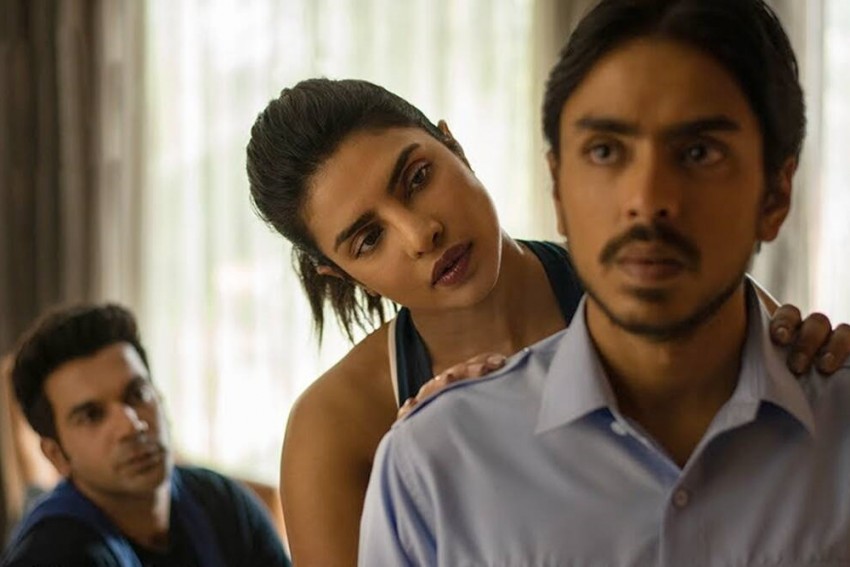 Following the nomination of their film "The White Tiger" in the best-adapted screenplay category at the upcoming 93rd edition of Academy Awards, actors  Priyanka Chopra Jonas, Rajkummar Rao and Adarsh Gourav posted on their social media accounts as they celebrated the occasion.

The White Tiger, directed by Ramin Bahrani, bagged the nomination along with films like "Borat: Subsequent Moviefilm", "The Father", "Nomadland", and "One Night in Miami".

The nominations were announced by Chopra Jonas and her pop star husband Nick Jonas from London.

"We just got nominated for an Oscar! Congratulations Ramin and team #TheWhiteTiger," the actor, who also serves as an executive producer on "The White Tiger" along with Ava DuVernay, wrote on Instagram.

Chopra Jonas, 38, said announcing the nomination herself "made it so much more special".

We just got nominated for an Oscar! Congratulations Ramin and team #TheWhiteTiger.
Somehow announcing the nomination myself made it so much more special. So so proud âÂÂÂ¤ï¸ÂÂÂ@_GouravAdarsh @RajkummarRao #RaminBahrani

"Ramin Bahrani! You are a legend! So proud of the entire team!! Congratulations everyone," he wrote on Instagram.

The 26-year-old actor also posted a video of the nomination ceremony, where he could be heard cheering on when "The White Tiger" landed a spot in the top five of the category.

Rao also shared the nomination card on Instagram alongside some pictures from the film's sets.

"We are nominated for the #OSCARS. Congratulations #RaminBahrani and team #TheWhiteTiger," the 36-year-old actor wrote.

DuVernay, who backed the Netflix movie via her film collective ARRAY, also congratulated the cast and crew.

"Magnificent work by Ramin Bahrani, Kris Bowers and Ben Proudfoot. Please enjoy these gems if you haven't already," she wrote on Instagram.

The director-producer also gave a shout-out to another ARRAY project, "A Concerto is a Conversation", which has been nominated for an Oscar in the best documentary short subject category.

"Two films made with love. Much respect to the directors, casts, and crews of both beauties," DuVernay added.

While Bahrani received a BAFTA nod in the adapted screenplay category, Gourav landed the leading actor nomination for his performance.

Based on Aravind Adiga's Booker Prize-winning novel of the same name, "The White Tiger" follows Balram's (Gourav) rise from a poor villager to a successful entrepreneur in India, showcasing how hunger and lack of opportunity can build and drive a human being's animal instinct of survival.

The Oscars award ceremony will be held on April 25.