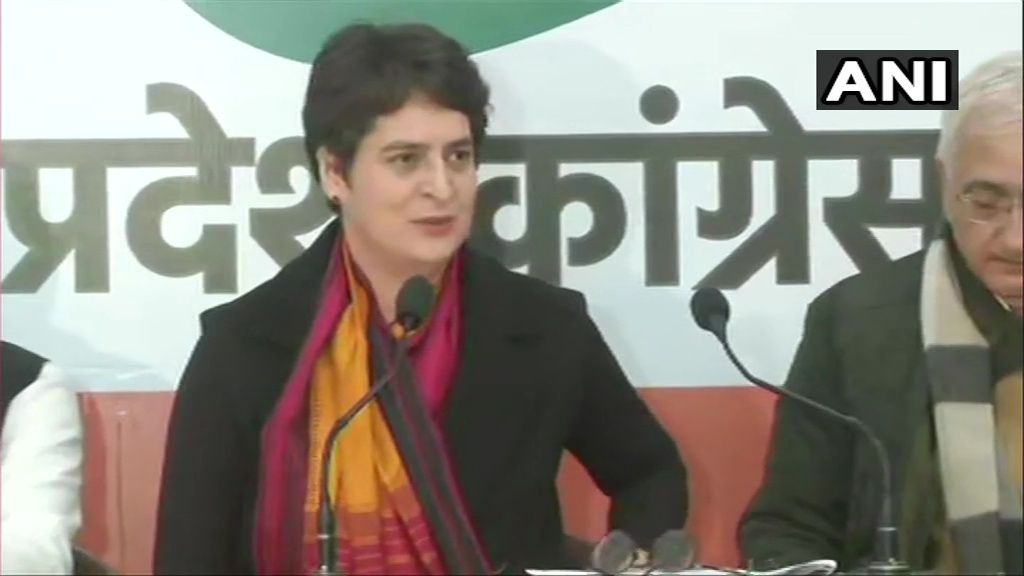 The Congress party on Monday demanded a judicial enquiry into the "unlawful conduct" of Uttar Pradesh police during the anti-Citizenship Amendment Act (CAA) and National Register of Citizens (NRC) in the state.

Later, addressing a press conference, Priyanka hit out at UP police for arresting activists, protesters and former civil servants. Listing out the names, she added that at least 48 people had been unjustifiably charged with serious offences under the Indian Penal Code.

She also said that there is enough photographic evidence of police brutality on its own people. Lambasting Yogi Adityanath for his "revenge" comment, she alleged the administration and police, it's clear, following the former's instructions.

Priyanka Gandhi, who is present in Lucknow, was, however, not part of the delegation that went to the Raj Bhawan.