Pragya Thakur's statement comes two days after former finance minister Arun Jaitley passed away at AIIMS. He was 66 and battling many ailments. 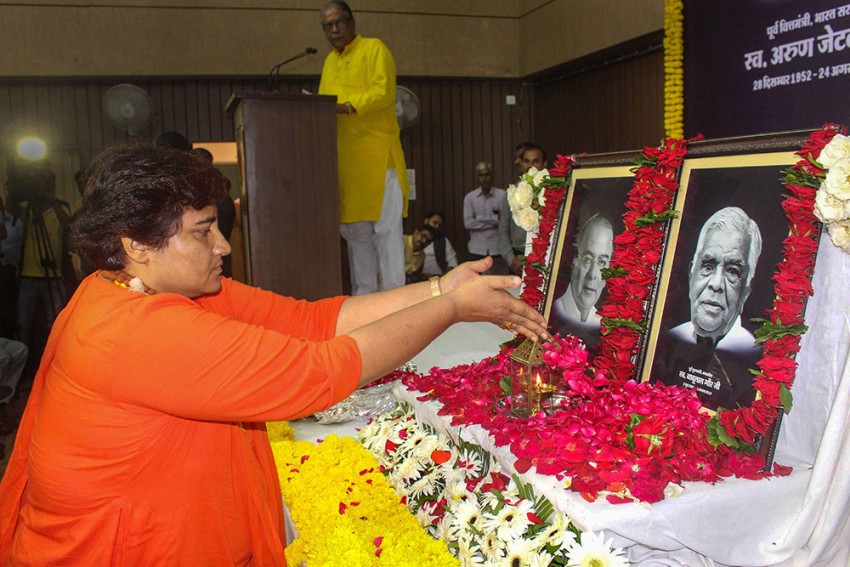 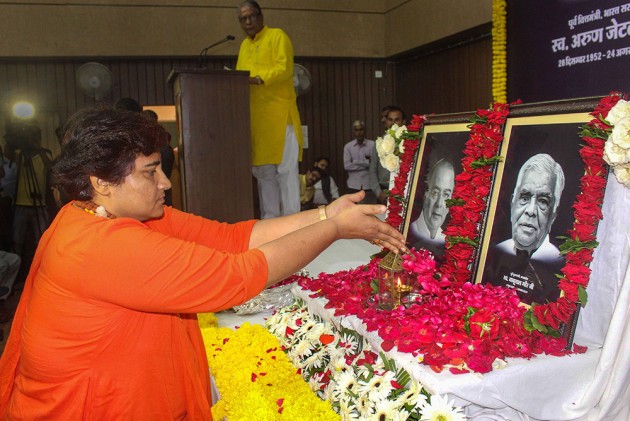 Pragya Singh Thakur, the Bharatiya Janata Party (BJP) MP from Bhopal, has in an astonishing claim said the Opposition was using a "maarak shakti" (the power to destroy), which could be the reason behind the "untimely deaths" of top leaders of the saffron party.

Addressing a condolence meeting to pay tribute to senior party leaders Arun Jaitley and Babulal Gaur, former Madhya Pradesh Chief Minister, she said, "During my election campaign, a Maharaj Ji (priest) had told me that the Opposition is resorting to sorcery on your party (BJP) and its leaders. He said a very bad time was ahead and asked me to be cautious."

Recounting her meet with the "Maharaj Ji", Thakur said he had suggested her not to stop praying. "I had almost forgotten this conversation with Maharaj," she said, adding "now when I see our leaders leaving us one after another, I recall what the Maharaj Ji had said."

"Whether you believe it or not, this is true and it is happening," Pragya added.

#WATCH Pragya Thakur,BJP MP: Once a Maharaj ji told me that bad times are upon us&opposition is upto something, using some 'marak shakti' against BJP.I later forgot what he said,but now when I see our top leaders leaving us one by one,I am forced to think,wasn't Maharaj ji right? pic.twitter.com/ZeYHkacFJj

After the meeting, the media persons tried to get her to elaborate more on what she had said, but the parliamentarian refused to say anything further.

Gaur, a former Madhya Pradesh Chief Minister from August 2004 to November 2005, breathed his last at a Bhopal hospital on August 21. He was 89.