People’s Democratic Alliance (PDA) and the Naga People’s Front (NPF) inked a pact formalising a move that was initiated when the lone opposition NPF agreed to work together with the government. 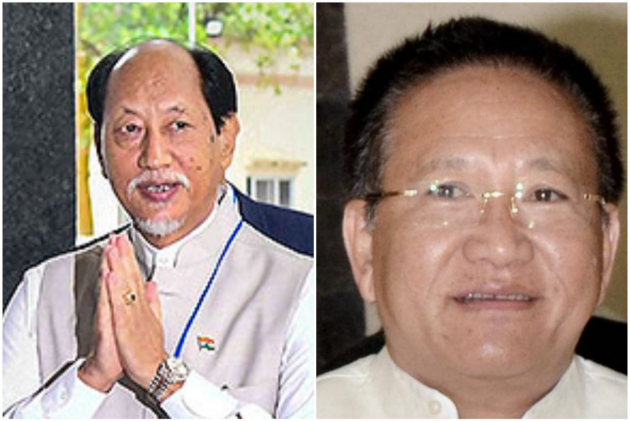 The Nagaland government has turned opposition-less with the ruling People’s Democratic Alliance (PDA) and the Naga People’s Front (NPF) joining hands in the interest of finding a solution to the decades-old Naga political issue. Henceforth, the new dispensation will be known as Nagaland United Government.

The parties inked a pact formalising a move that was initiated last month when the lone opposition  NPF agreed to work together with the government with the only aim of putting up a united front to help push the peace process forward.

“The decision to accept the Opposition-less united government has been taken unanimously by the primary PDA partners namely NDPP and BJP including two Independent MLA’s supporting the PDA government and the modalities to include the principal opposition party i.e. NPF into the Government. Henceforth, the new nomenclature of the government shall be called Nagaland United government (NUG),” the resolution said.

Setting themselves five terms of the agreement, they said they would aim at promoting the Naga peace talks; they would appeal to all Naga political groups to make serious efforts towards unity and reconciliation; ensure unity of its members in the Legislative Assembly on the issue and make all possible endeavours to achieve the objective; encourage and impress upon the Centre and all the negotiating parties to bring about the solution to a logical conclusion at the earliest; stand together towards achieving the goal of acceptable settlement.

This is the second time that Nagaland will have an opposition-less government. In 2015 eight Congress MLAs joined the ruling Democratic Alliance of Nagaland led by the NPF under then chief minister and present opposition leader in the assembly TR Zeliang. The Congress MLAs later joined the NPF.

The talks with the NSCN (IM) started in August 1997 and the outfit signed a “Framework Agreement” with the Centre on August 3, 2015. On the other hand, the working committee of six Naga National Political Groups (NNPGs) inked a separate agreement – “Agreed Position” – with the Centre on November 17, 2017.

The talks, however, hit a roadblock in early 2020 after the NSCN-IM refused to continue the discussions with the interlocutor and Nagaland Governor RN Ravi.  The NSCN-IM has been stubborn on its demands for  “a separate constitution and a flag for the Nagas”, which the Centre is not willing to concede. Besides, the other sore point in the talks has been the NSCN-IM’s demand for the merger of all Naga-inhabited areas in Assam, Arunachal Pradesh and Manipur with Nagaland.