The Sur ke Saath programmes start at 10 am and go on for an hour. Instrumentalists and singers take the stage by turn, and manage to create magic in the 20-minute slots allotted to each.

The cup that cheers is trying to create moods that cheer. Taj Mahal, the tea brand has been organising online music performances, three artistes per week, on Sunday mornings. I listened for two Sundays in a row, putting household chores on hold, and believe me, it lifted the rest of the day. The Sur ke Saath programmes start at 10 am and go on for an hour. Instrumentalists and singers take the stage by turn, and manage to create magic in the 20-minute slots allotted to each. Two Sunday’s ago, I listened to Saptami Sharma playing solo on the tabla, followed by Abhishek Borkar on the sarod. The session ended with Rutuja Lad’s powerful, controlled rendition casting its usual spell, in a way that would have made her Guru, the hard-to-please Dhondutai Kulkarni, beam in appreciation.

A week later, I saw the online attendance counter rising steadily as Anuratn Rai, recognised as one of the foremost Hindustani classical vocalists of this generation, performed Raag Bhimpalasi. I find the stream of comments that people think are mandatory irritating during such shows, but indeed they poured in thick and fast, and I was tempted to add a  ‘wah wah’ of my own. Rai was preceeded by Anirban Roy, a child prodigy in music playing a masterful Raag Jog on the flute, and a Kathak recital by Nikita Banawalikar, which I sadly missed.

I do believe the organisers can be a little more attentive to captioning the ragas being played, as there have been some confusing mistakes, but then, I am nit-picking.

Sur ke Saath comes up every Sunday at 10 am, as mentioned before. So mark your calendars for next Sunday. And check out the link www.facebook.com/TajMahalTea.

I stumbled upon the fact that well-loved author, Amit Chaudhuri, was also a classical singer with performances and albums to his credit when I listened to the latest online premiere of Performing, Remembering and Mishearing Music on the Royal Opera House Mumbai on YouTube. The Royal Opera House site has a treasure house of world class music, but Amit Chaudhuri’s name caught my eye and I plugged in to listen. It was, to say simply rewarding. 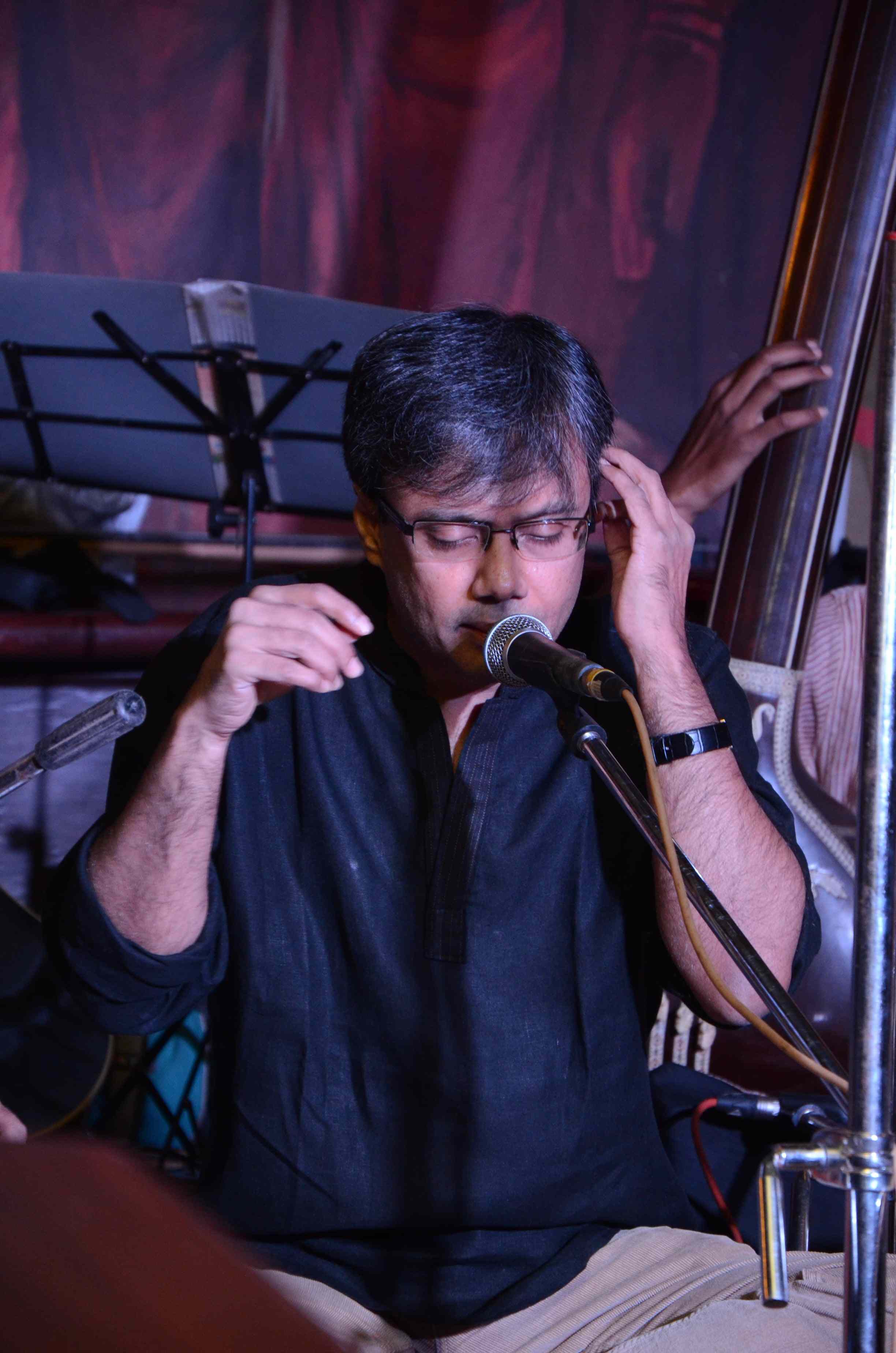 “It’s true that I have not really mentioned my musical leanings on any of my book bios for more than fifteen years,” Chaudhuri admits. “Even in  ‘Afternoon Raga’ which has music as a theme and where it would have been natural to mention my musical training, I preferred not to.”  (Incidentally Afternoon Raga is dedicated to Pt. Jaipurwale, his Guru.) Little wonder, not manyknow about his second vein of creativity.

Mishearing, according to Chaudhuri, is the genesis of much of his experimentation in music. Having trained for many years in Hindustani classical, starting with Pandit Govind Prasad Jaipurwale, who was also a teacher of bhajans to his mother Bijoya Chaudhuri, well-known exponent of Rabindra Sangeet, Chaudhuri realised his ear had trained itself along with his voice. Perhaps the fact that for most of his younger years, he was steeped in western music, preferring pop, American folk and the guitar as his instrument through his college years added its own weight to the font of his knowledge, and sharpened his ear.

Mishearing is a happy accident that happens frequently in his case. Two stand out in his memory as significant turning points.

“In 1991, back in Calcutta, after a gap of 16 years, I started listening to my old Western music records again. Also I had got a new cassette of Jim Hendrix’s blues. As I listened to it , it sounded to me like Raag Jog. I recognised both used the same pentatonic, the same five notes of Jog were what played in Hendrix’s music, and the bent notes were similar to the meend in Hindustani music.’

Again, listening to a Santoor recital in Bhupali while waiting in the lobby of the ITC hotel, I could catch the notes of Auld Lang Syne. Again both shared the same five notes...sa re ga pa dha,” he said.

This ability to ‘mishear’ led to experimentation, with him making the transition from Western melody to Indian classical improvisation in his own performance, instead of depending on a Western instrument to supply the Western element extraneously. “My training as a Western music performer made it easy.”

Not unexpectedly, “people love it.”

“One Fine Day”, in his second album, “ Found Music (2010)” bears testimony to his claim. Listen to it on YouTube to understand the ease with which he controls his composition and his voice as it glides through the alankars. More recently, Chaudhuri has performed at the Queen Elizabeth Hall in London, and  last year in New York.

But the three small renditions on the Royal Opera site are easily accessible at PREMIER@MumbaiOpera, if you wish to treat yourself to  “The Layla Riff to Raag Todi with elements of ‘Layla’ by Eric Clapton and Jim Gordon”. The collection also includes  “One Fine Day” as the last of the three pieces. Sandwiched in between is  “Summertime” composed by George Gershwin and arranged by Chaudhuri.

I assure you that you will want more. I did.

P.S.: I have received links to many of Chaudhuri’s renditions and creations on my phone. So, I am leaving you here, to treat myself to some serious listening. Maybe you should do the same.